Yesterday we visited the Gallery of Modern Art in Brisbane to see the 6th Asia pacific Triennial of Contemporary Art (APT6). It was noon time so we had lunch at their fabulous restaurant. 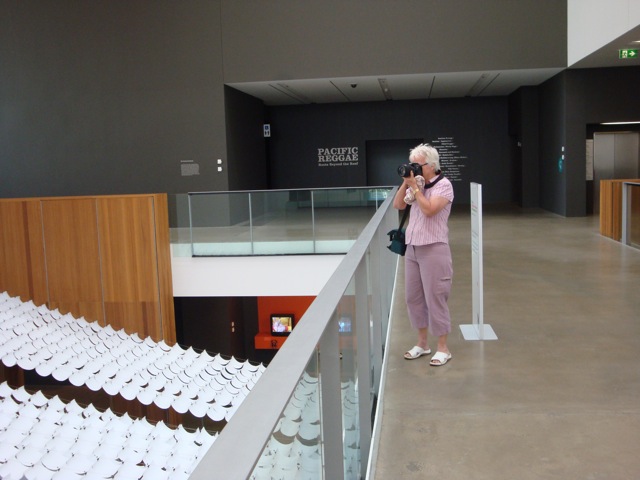 Diane of course had her camera. 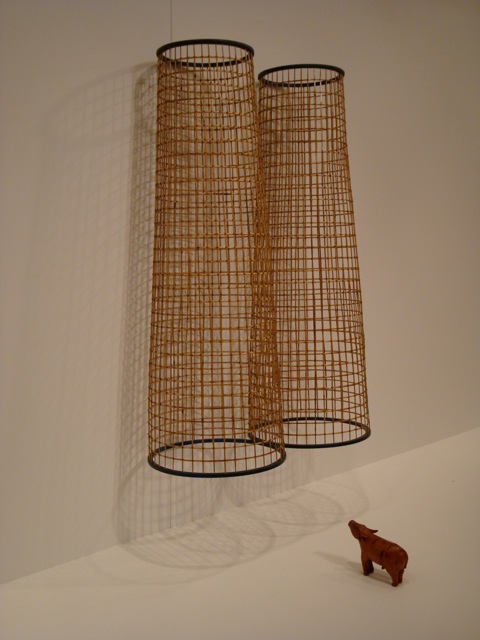 I was intrigued by this installation. 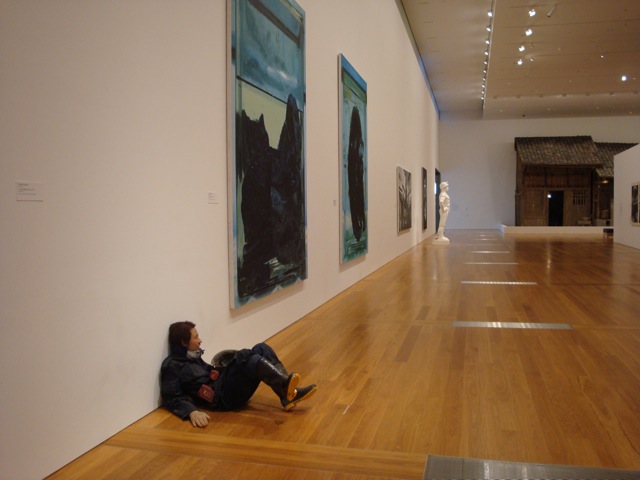 This chap got a little tired walking around. 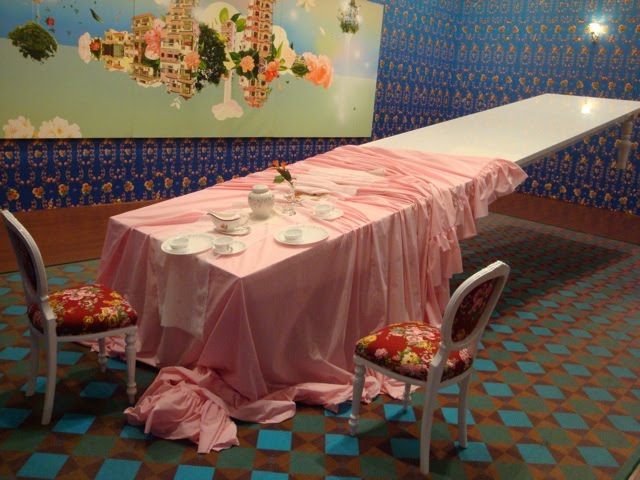 Someone removed a couple of table legs here 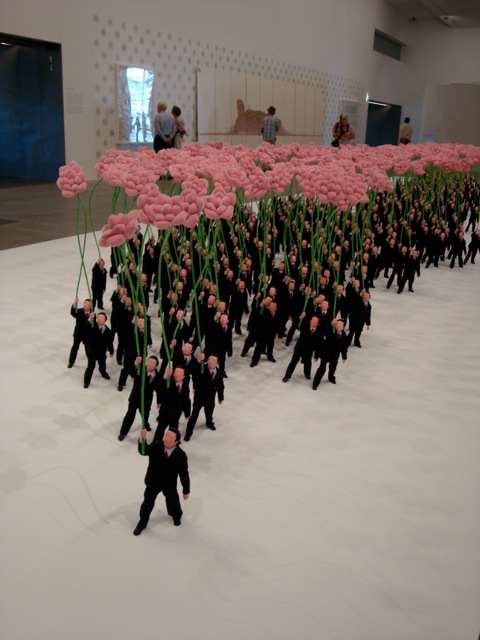 The flower people are marching

Having the family staying with us at the moment is great. Daughter Carol-Ann and husband David returned from England and daughter Sonya with partner Bernie, came up from Sydney. At the same time, Bernie's sister Margaret and husband Jason with their children Georgia, Lauchlan and James were on holidays at Mooloolaba on the sunshine coast where Bernie's brother Steve and partner Nadine live. So we all drove up there to meet them at the Mooloolaba Surf Club for lunch. 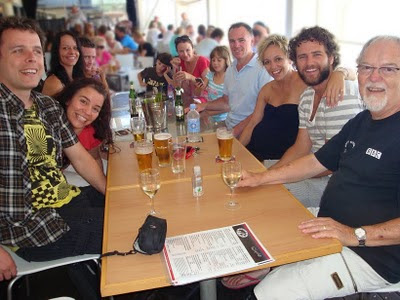 After a few years in London, Carol and David returned back home. Mum is happy to see her daughter. 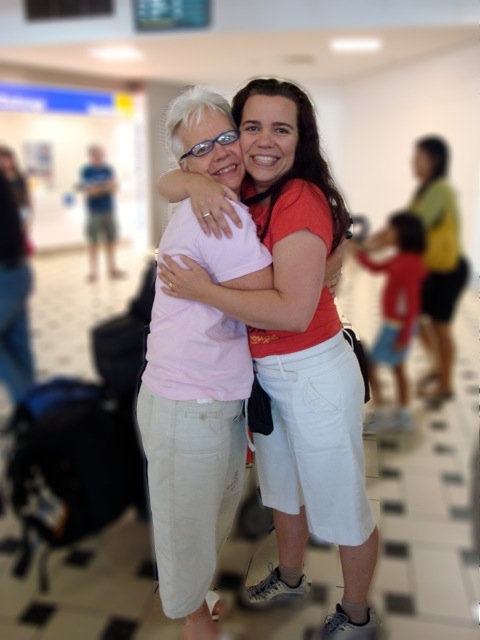 A big hug for Carol

Carol and David are returning from London

Our daughter Carol-Ann and her husband David have returned home after living seven years in London.

Carol was telling us the story about the painful process of packing and relocating to the other side of the planet during a super-freeze in the middle of winter.

Here are some pictures of their ordeal: 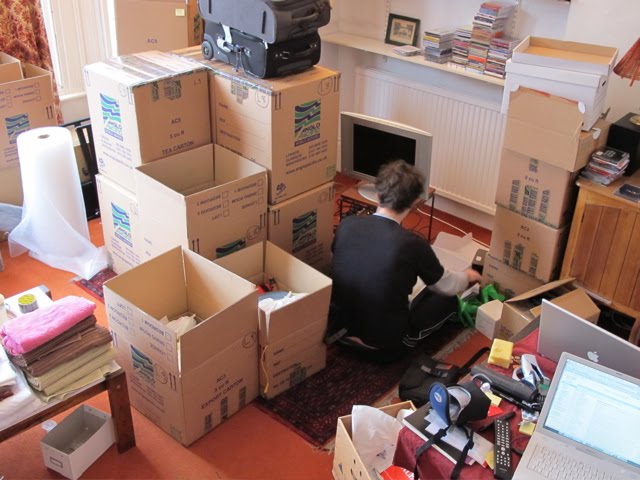 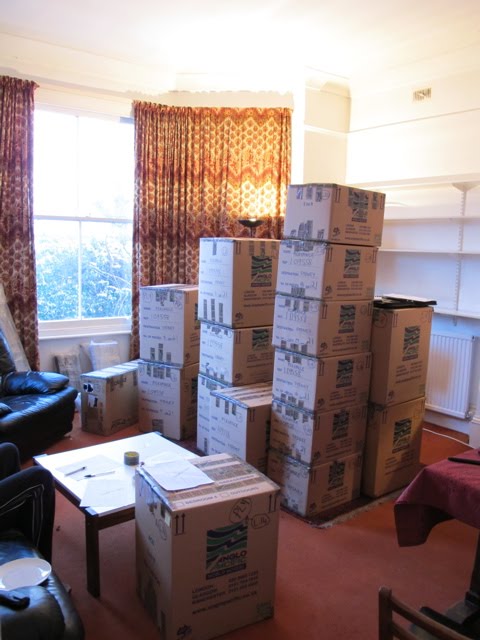 The boxes are ready to go 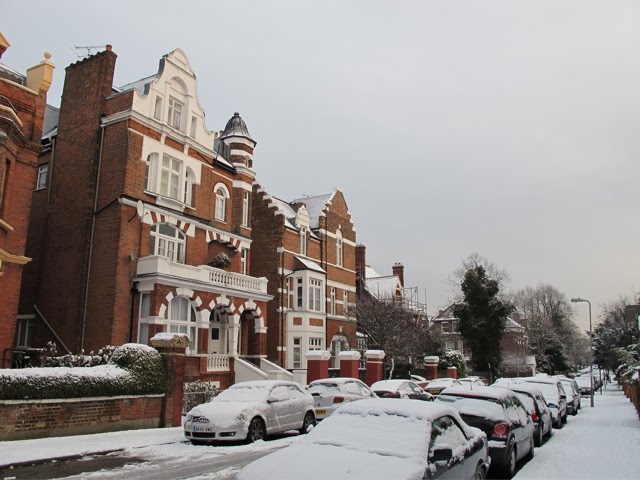 Waiting for the truck. Will it be able to

turn up in this cold weather? 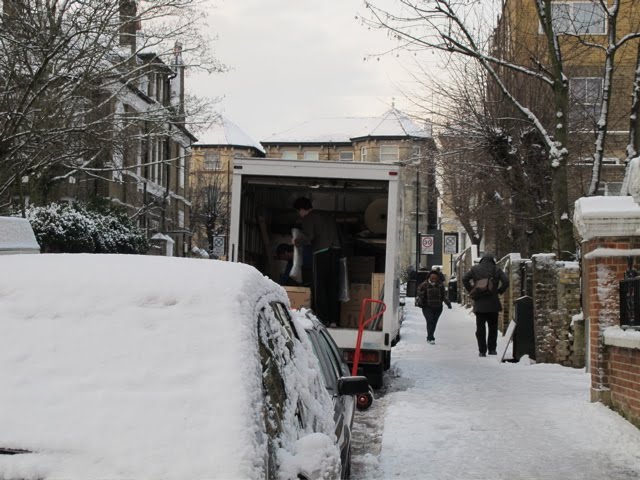 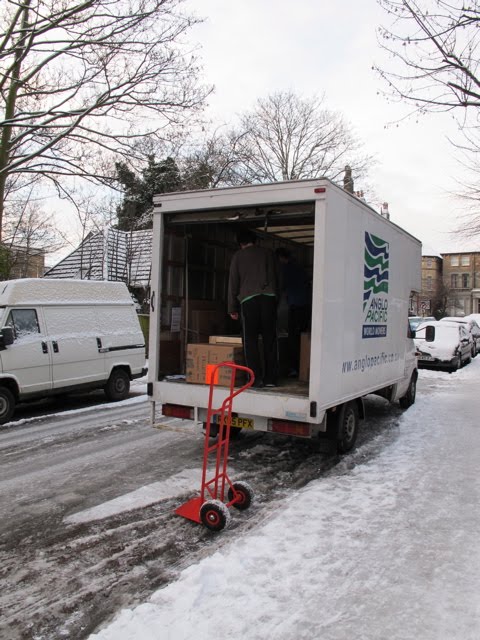 The truck is loaded and ready to go.

The Mary Valley Rattler is back

Reading in the Courier Mail last Thursday, I am glad to find out that the popular Tourist Steam Train is back in service on Sundays, between Gympie and Imbil. The steam locomotive was replaced with a diesel engine due to the extreme fire dangers in this dry part of the country, which proved somewhat unpopular with the tourists and bookings were down considerably. But with the recent rainfall we had, the train is back to steam. 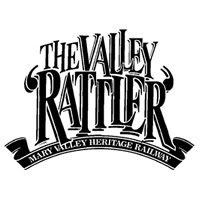 We have done the trip a couple of times, usually when we have overseas visitors. Such an occasion was when English friends Ian and Mavis visited the parents of our son-in law, Bill and Alma. Ian is a retired steam engine driver and loved the chance to travel on this train. Naturally, when we introduced himself to the driver of the train, he was invited to travel in the engine. 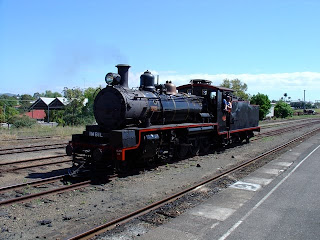 The engine arrives in Gympie to join the train 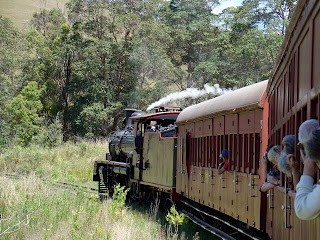 On the way to Imbil 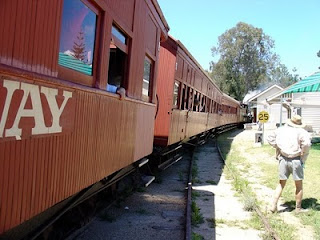 Stops at various stations for refreshments 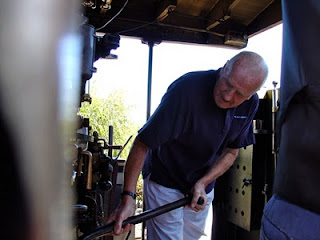 Ian is busy stoking the fire. He loved it. 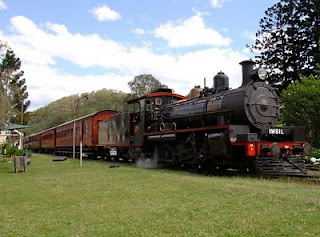 The train stops at Imbil

The train leaves Gympie at 10 AM and takes two hours to Imbil. It arrives at 12 Noon and stops for an hour for people to have lunch in one of the country pubs or coffee shops.

The locomotive is then shunted to the other back of the train and at 1PM it leaves Imbil to return to Gympie by 3 PM. All in all a very enjoyable trip.

Find out more about the Mary Valley Rattler here. Bookings are essential.

How frustrating is it trying to deal with large companies, like your Telco. Back in the days when we still had a business, we were with Telco A. When mobile phones were introduced I entered into a contract with my Telco on a twelve months term. But the reception was so bad where we live, we used to have to walk down into the street if a call was important and we didn't want to lose it. I wrote to the company explaining the problem we had. They investigated and wrote us a letter saying they realised there was a problem but they had no immediate plans to rectify it.

A friend of ours a couple of streets away had the same problem with the same Telco and told me he'd switched to Telco B and had now good service. So when our twelve months was up, we too changed to Telco B and no longer had a problem. We stayed with this Telco for about eight years, until February last year well after we sold the business and retired. We were no longer on a contract and only paid for calls we made.

Well! In February last year, I got a call from Telco A telling me that their records show that I haven't got a mobile phone yet. I told them, yes, we had in fact two mobile phones. I'm sorry, the man said. Our records show that you haven't got a mobile phone. I ask you! The arrogance of this company! When I told him that our mobile phones were with another Telco and the reason why, he got very excited and offered us new phones as well as the same charges we paid Telco B. He also assured me that the problem regarding reception had now been fixed.

Unfortunately they called when I had a weak moment and I fell for it and agreed to switch back, after he told me we could get our landline, Cable TV, broadband and the new mobile phones all on one bill.

Well, now it's nearly twelve months later and guess what! Firstly, my new phone wouldn't work in the car, so after much arguing with them AND involving the Telecommunications Ombudsman, they gave me a replacement phone and some credits but now we're getting two individual bills for our new mobile phones as well as the bills for the other services.

Switzerland from a Train

I have new titling software for my Casablanca-KRON digital editing machine. So to try it out, I re-edited the Swiss leg of our last European trip. At the same time, I found a couple of LPs of the Swiss Radio Light Orchestra from my old radio days, which my mate Paul converted to CDs.

In part 1 you'll see me and my old school mate, Roland, pretending to ring the bells in the Thun church, something we did every Sunday morning in high school. Today, the bells are automatic.

About 4 minutes into part 2, we're actually traveling in Italy, on the Centovally train back into Locarno in Switzerland, on a narrow-gauge train through a great valley.

We went to the New Year's Eve Concert with the Queensland Pops Orchestra at the Performing Arts Complex in town with a group of friends. The concert started at 9.30PM and finished at midnight. Unfortunately we booked a little late so we ended up in the balconies at the back but the music was still great. 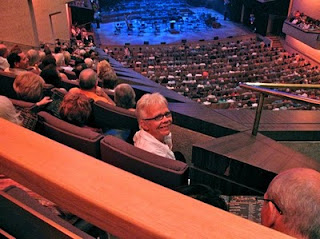 Diane is enjoying herself up in the nose-bleed section 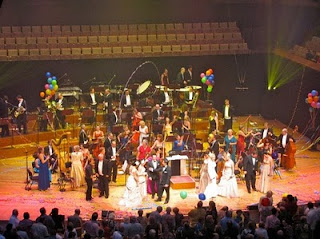 We first met at Paul and Helen's with George and Ann, for a Chinese take-away which was delicious, then we walked to their local railway station (about 15 minutes) and took the train to South Brisbane. After the Southbank fireworks display, which we mostly missed. we returned back to the railway station and caught a packed train back to Salisbury about 2AM. Needless to say, we saw some disgusting behaviour on the train coming home. After another 15 minute walk back to Paul and Helen's for a delicious cup of tea and bisquit, we got into our cars and drove home for a well deserved sleep.