More about the Banff Springs Hotel

The Fairmont Banff Springs Hotel is a former Railway hotel constructed in the Scottish Baronial style. The original hotel was designed by American Architect Bruce Price and was built between 1887 and 1889 by the Canadian Pacific Railway at the instigation of its president William Cornelius van Horne.

During the construction, van Horne discovered that the builder had accidentially built the hotel the wrong way around so that it turned its back on the mountain view. In 1906 it was decided to completely overhaul the building, replacing much of the original structure. 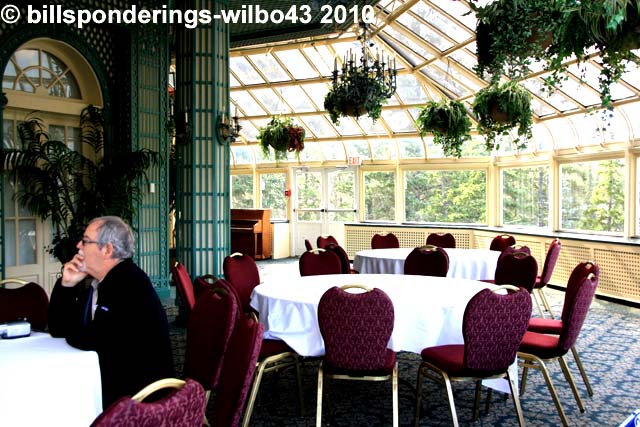 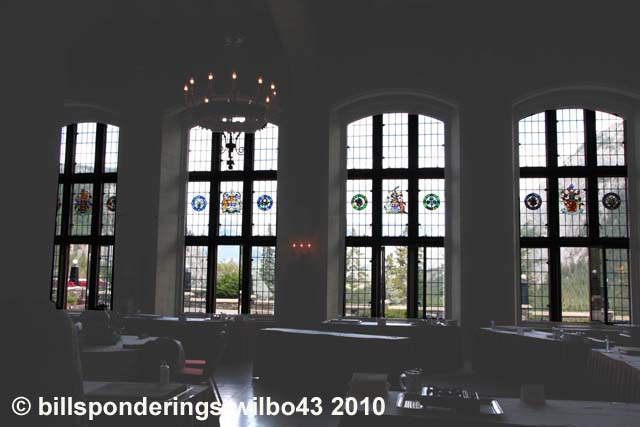 Stain glass windows in one of the function rooms 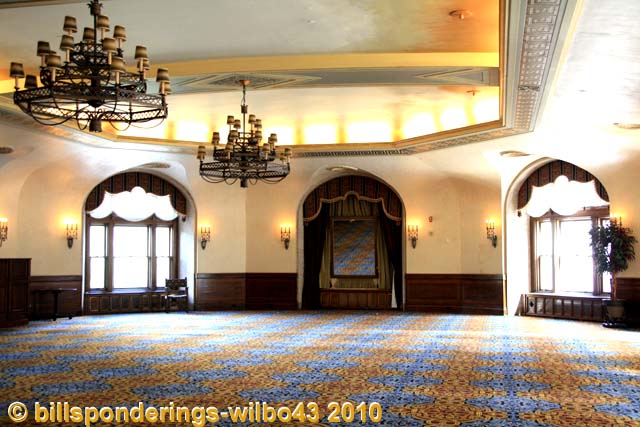 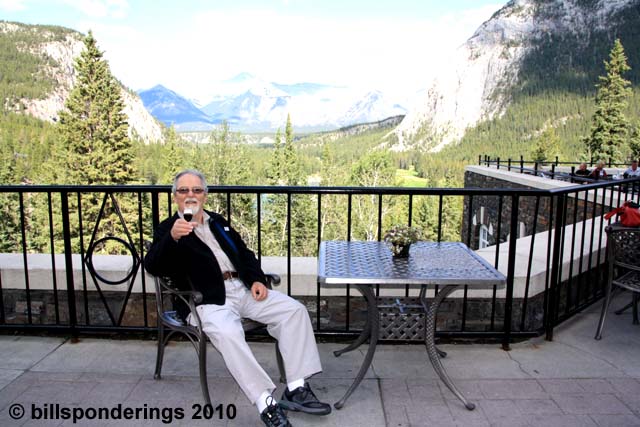 On the terrace enjoying a glass of wine
During our recent stay at the Banff Springs Hotel, Dave Mobart, the Customer Relations Manager gave us a private tour of the hotel. Here he is below talking about one of their most famous visitors, none other than Marilyn Monroe.
﻿
Posted by wilbo43 at 18:31 1 comment: