Bread and Butter Pudding with a Difference

I occasionally watch a show on the Lifestyle Food Channel, called Come Dine With Me. It's a UK production where a group of strangers have to host dinner parties for each other in the hope to win a thousand quid. Every now and then something they cook appeals to me, such as this version of the old faithful English dessert, Bread and Butter Pudding. This one uses croissants instead of bread and when Woolies had a bunch of croissants on special, we bought a tub full and got down to it.

We started with the tub of croissants purchased from Woolwoth 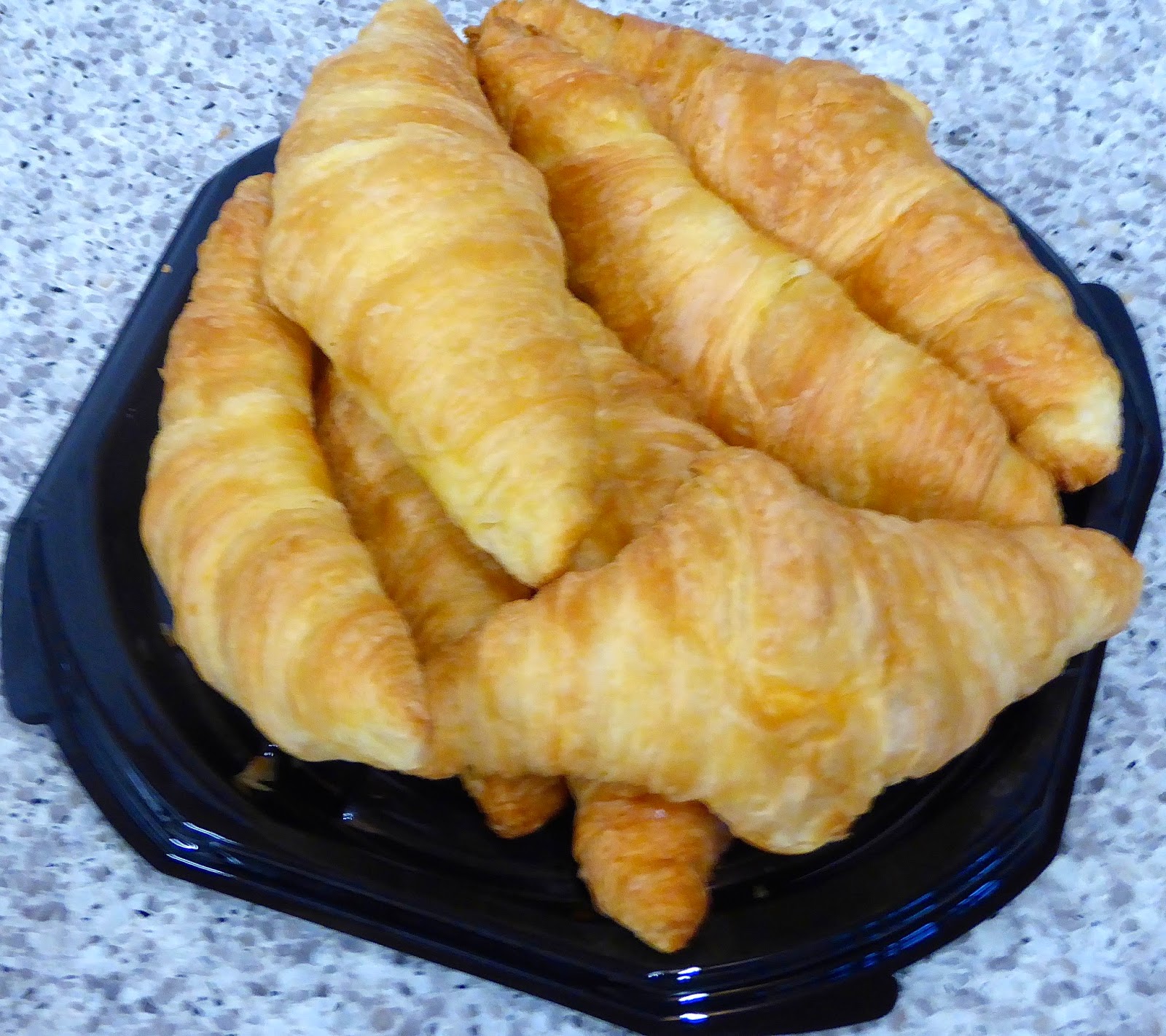 Then we cut them in half, lengthwise. 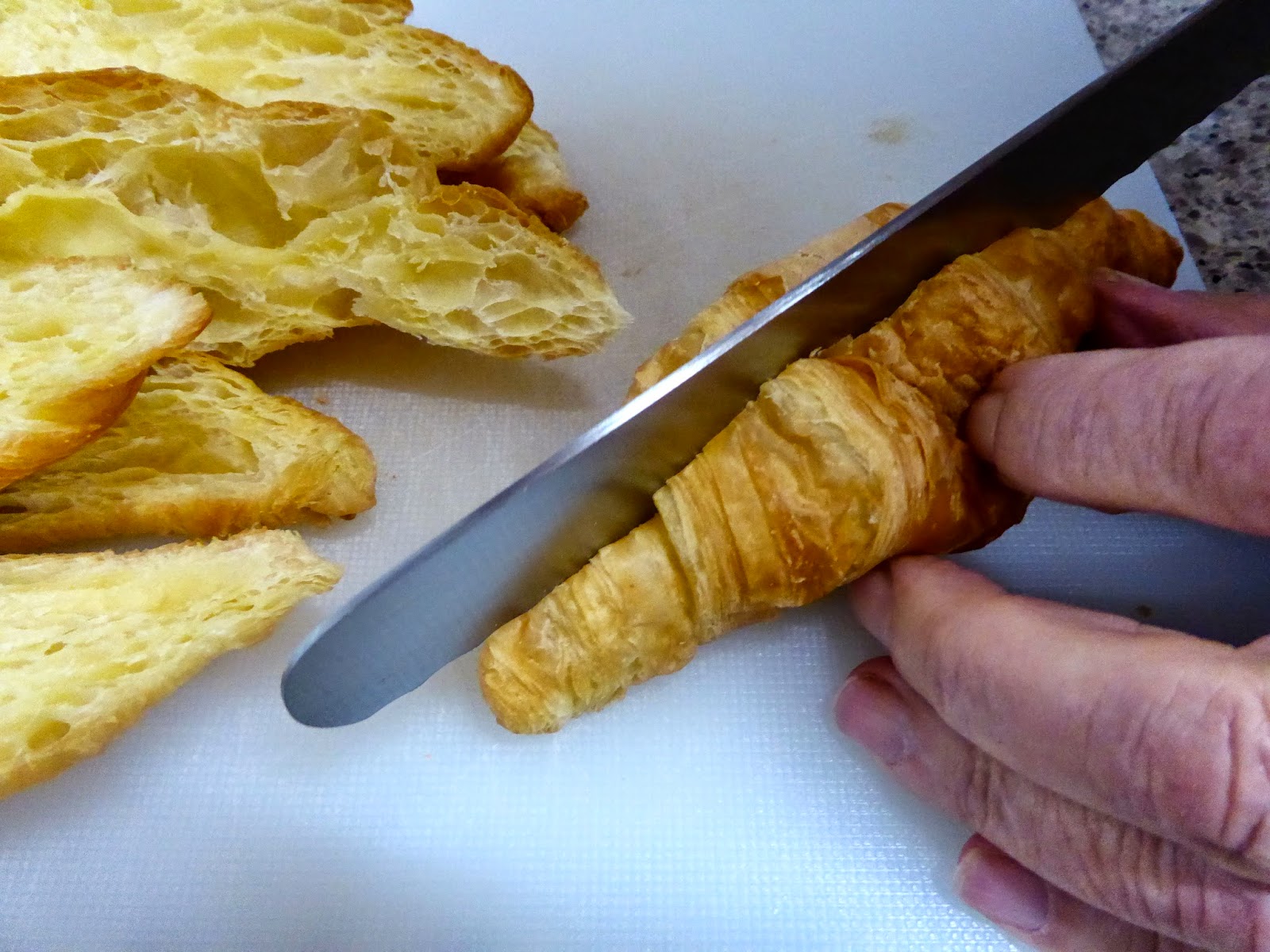 Spread them with a little butter. Not much is needed as croissants usually a laden with butter already. 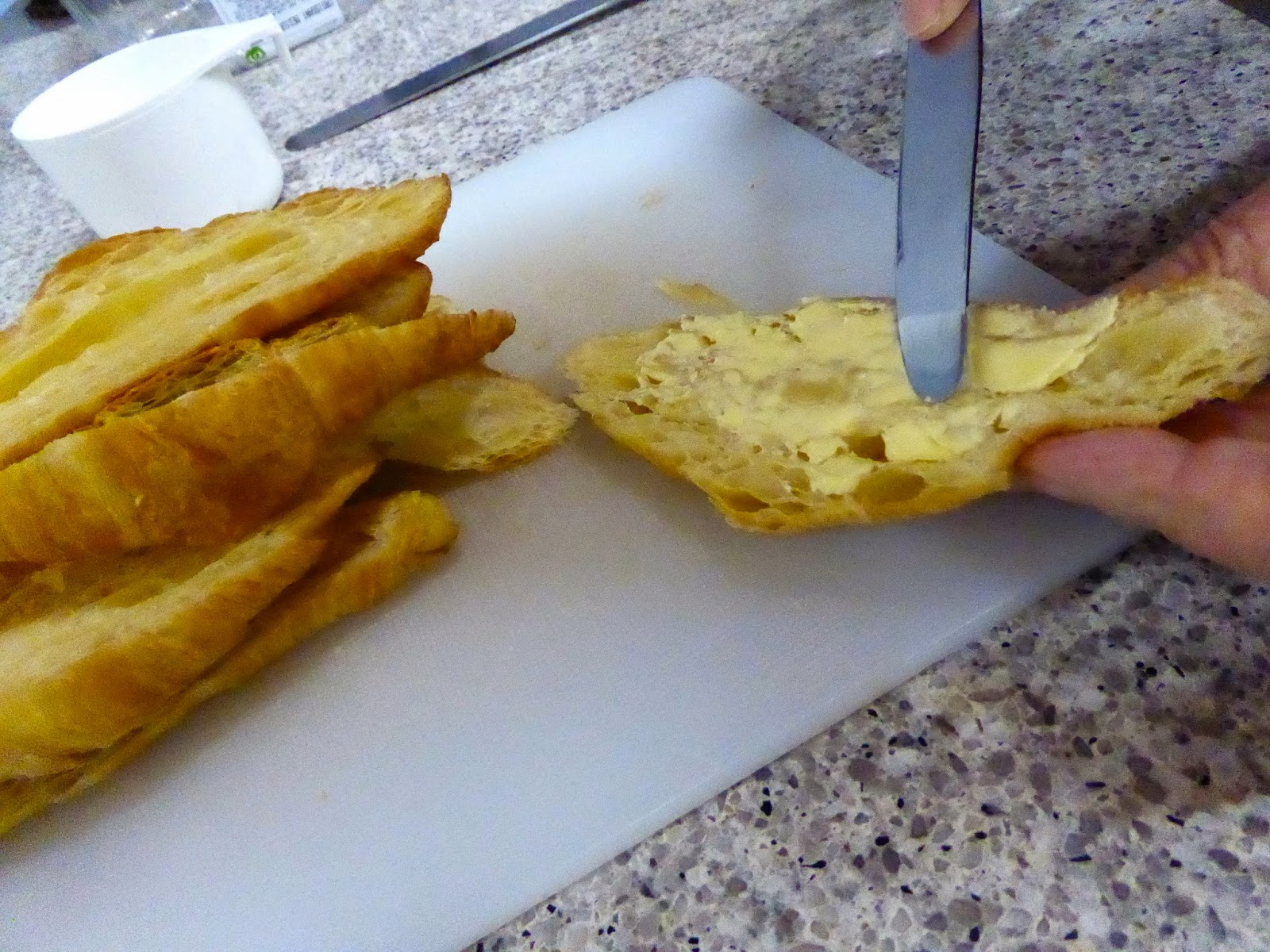 W place one layer of halves into a pre buttered baking dish and sprinkled sultanas over them. 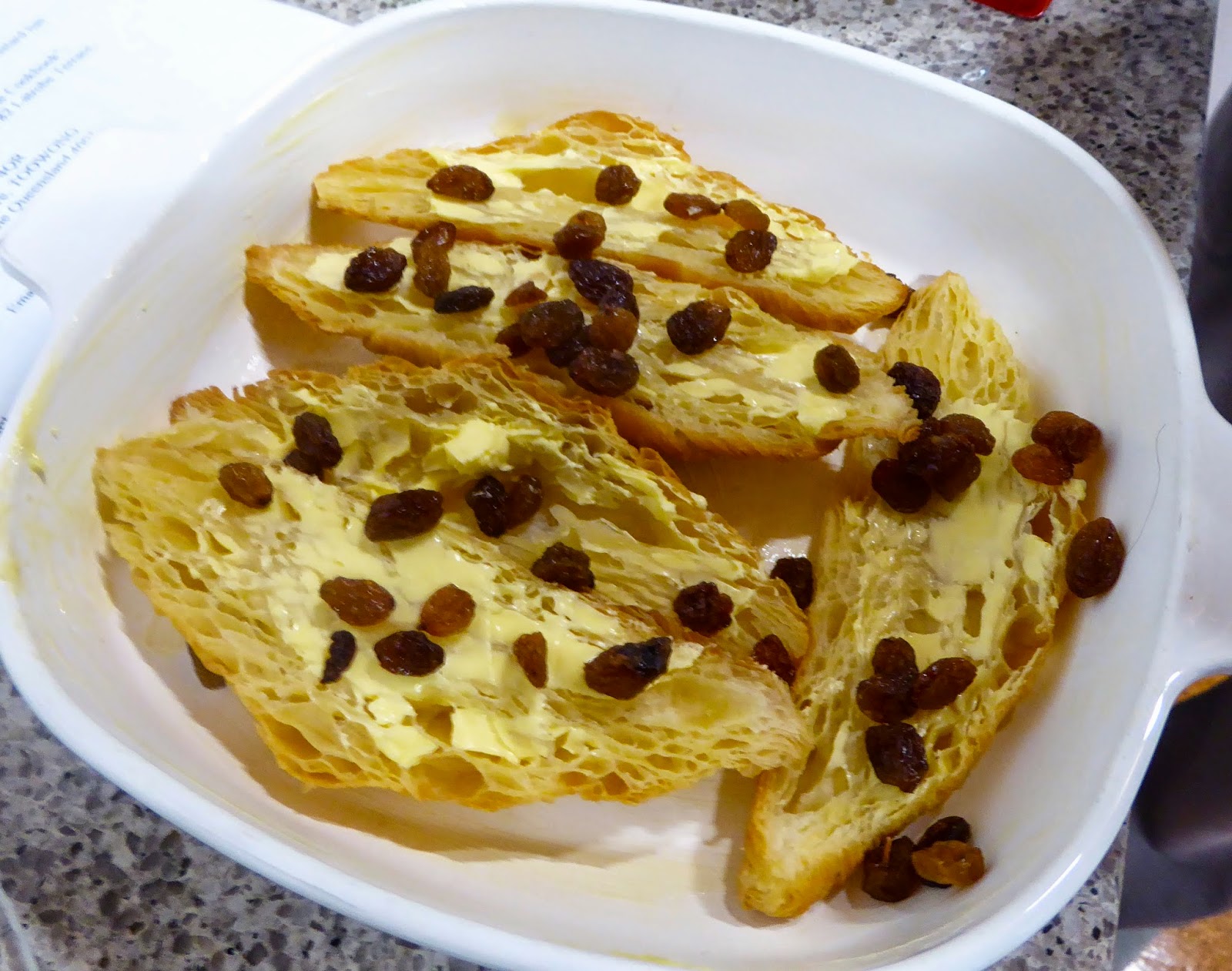 We had pre-cooked a couple of diced green apples which we also placed on top of the first layer. That means you don't need much sugar, as the apples provide ample sweetness.

Then we placed the second halves on top, this time facing down. 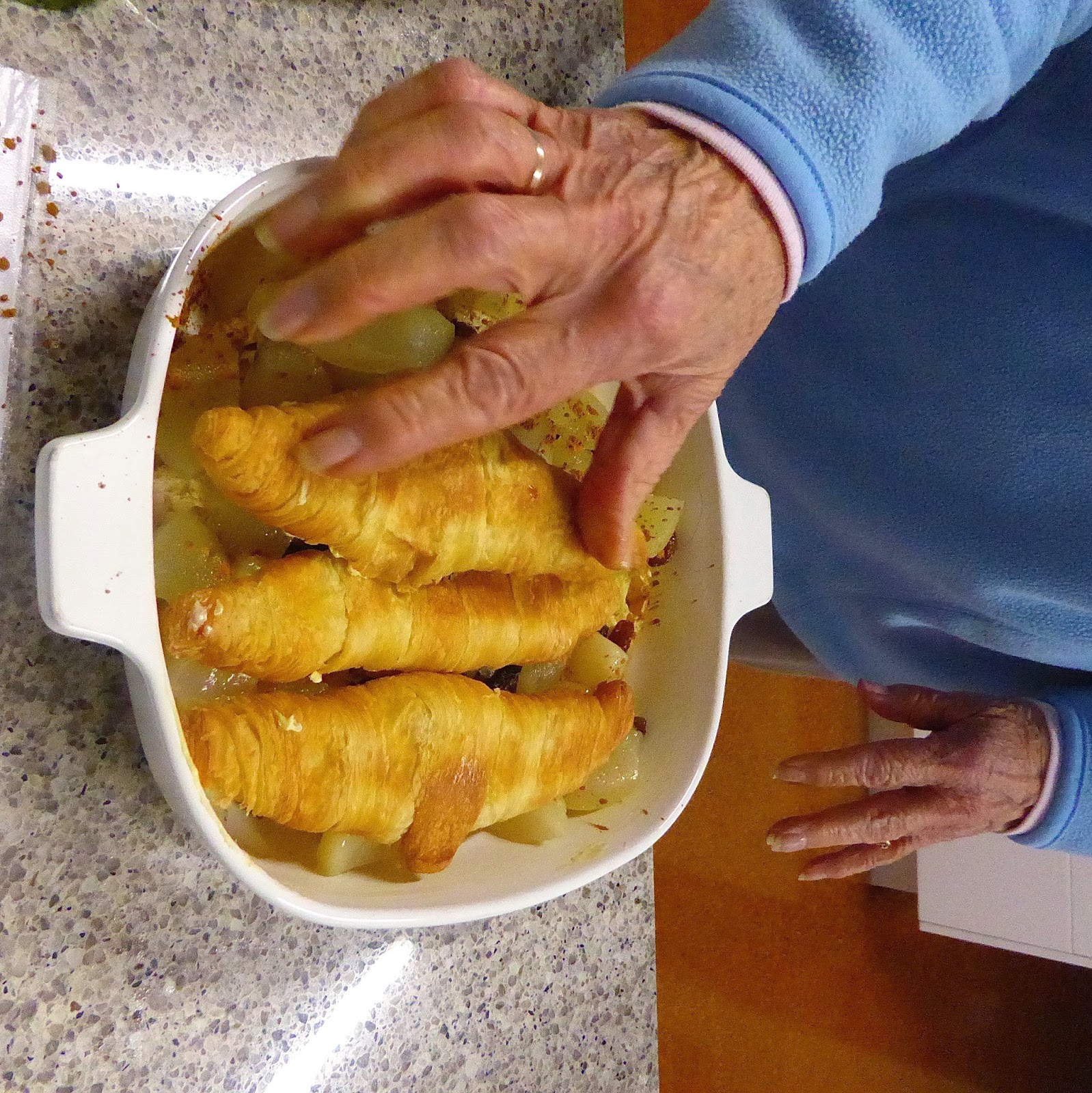 In a bowl, we beat three eggs. 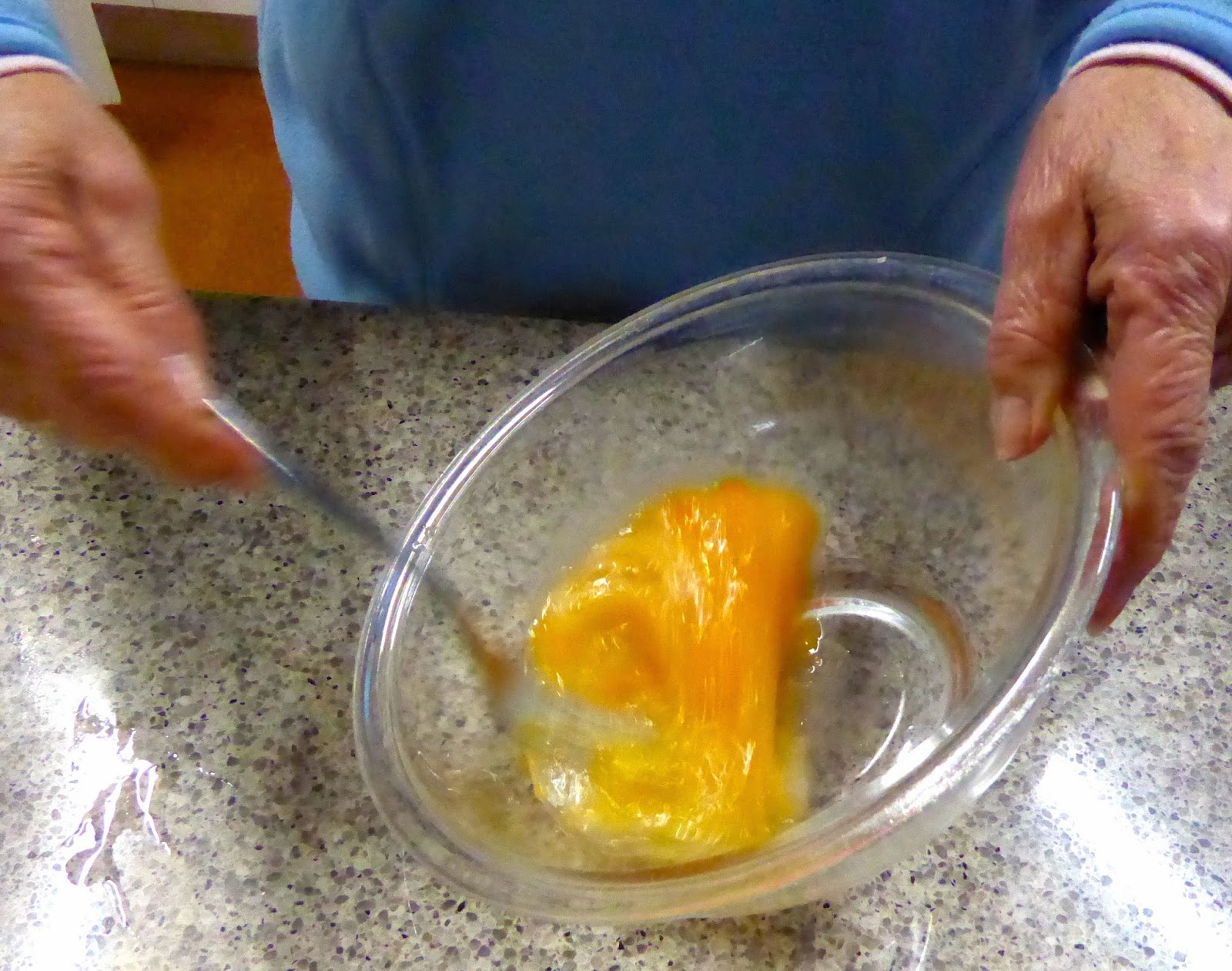 Added a cup of milk. 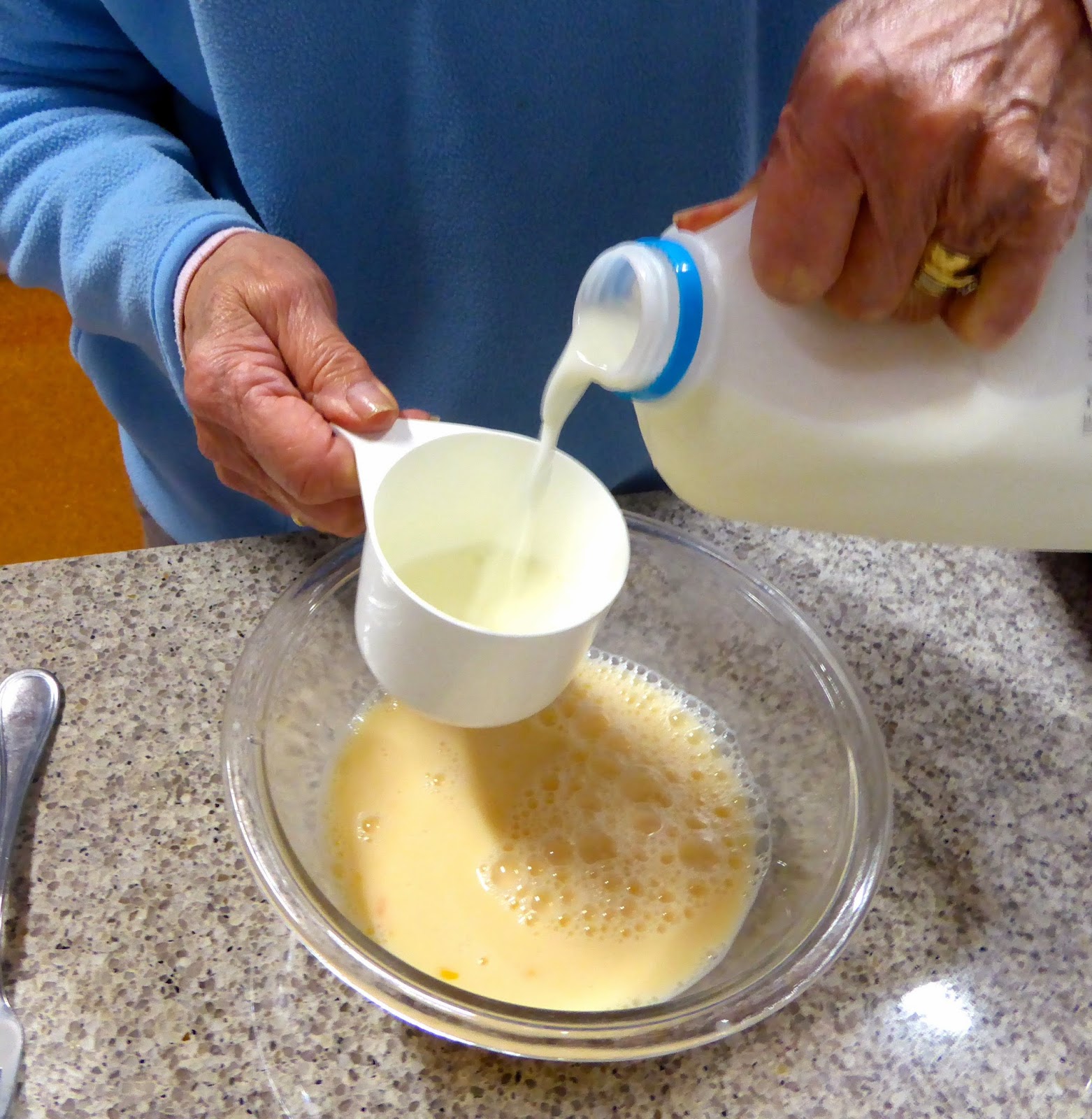 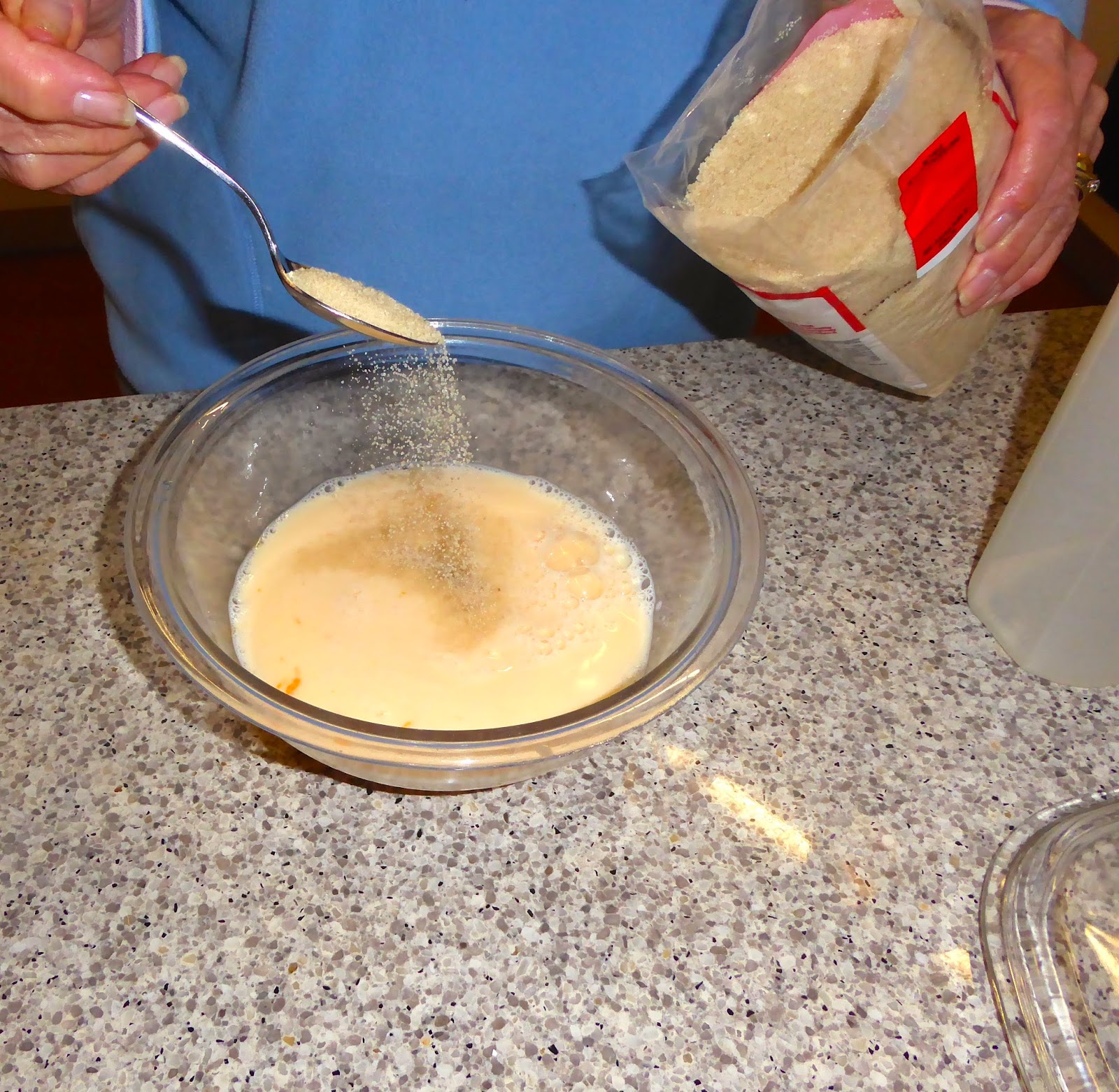 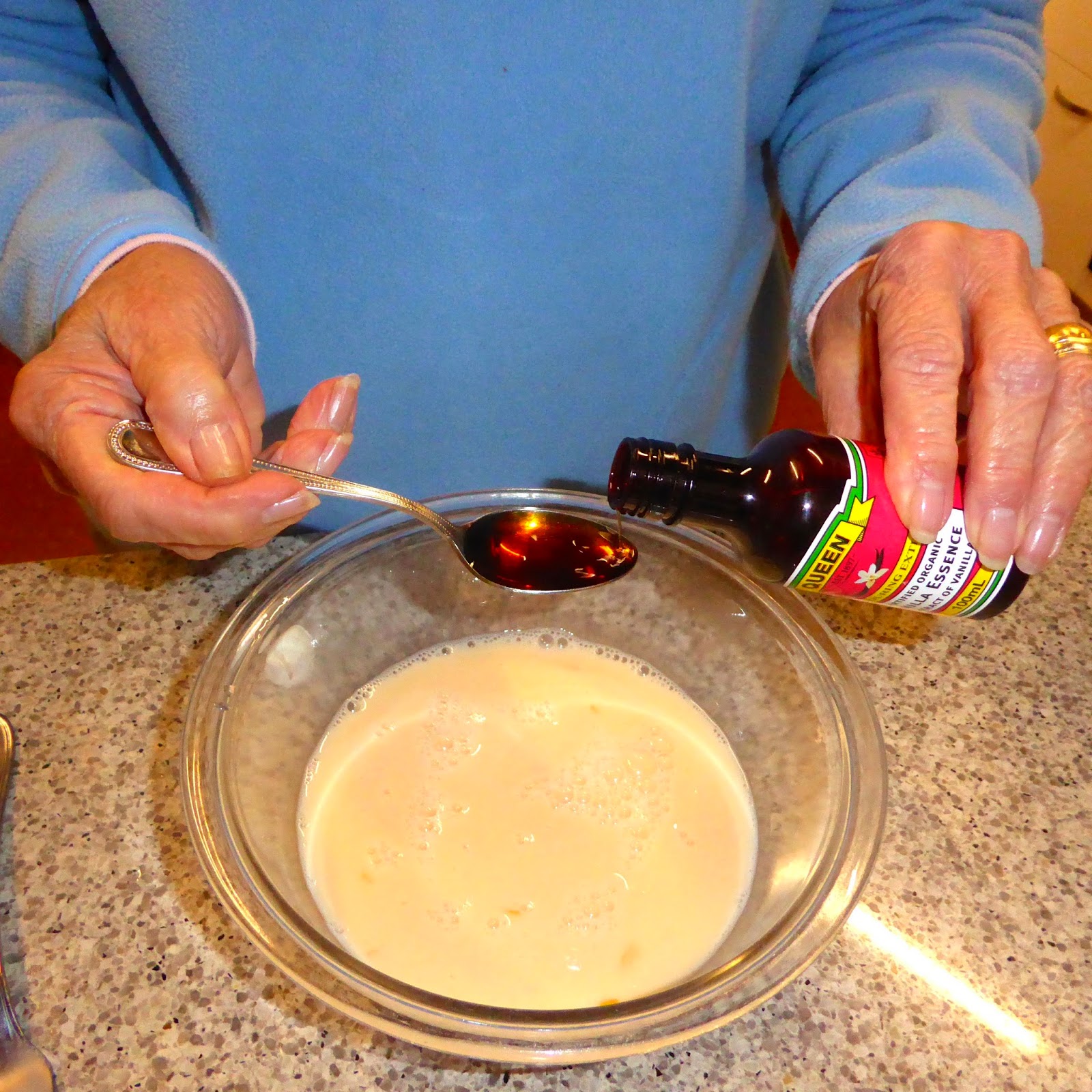 Then we pored the mixture over the croissants. 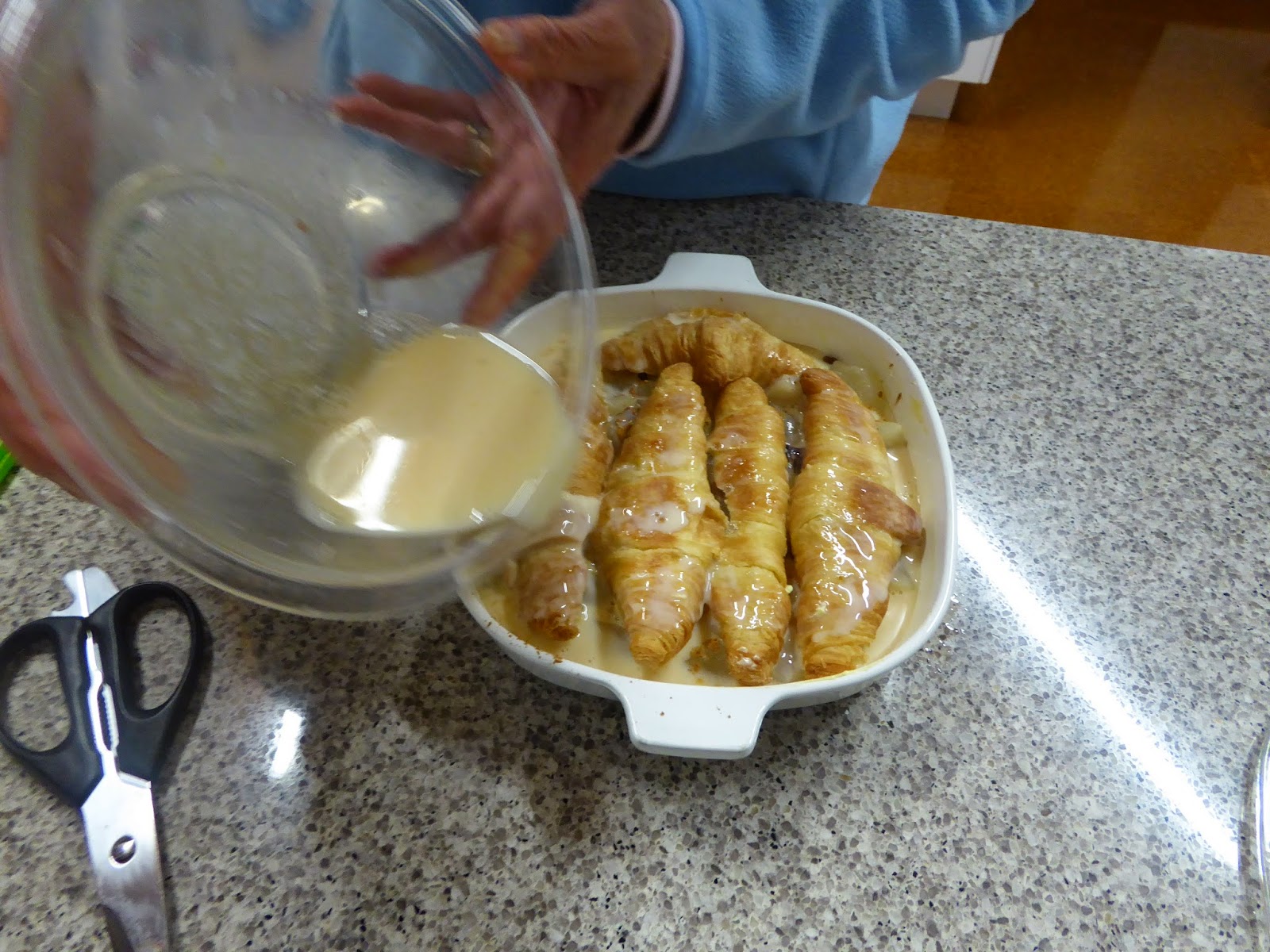 We flattened the 'bread's soak them in the liquid. 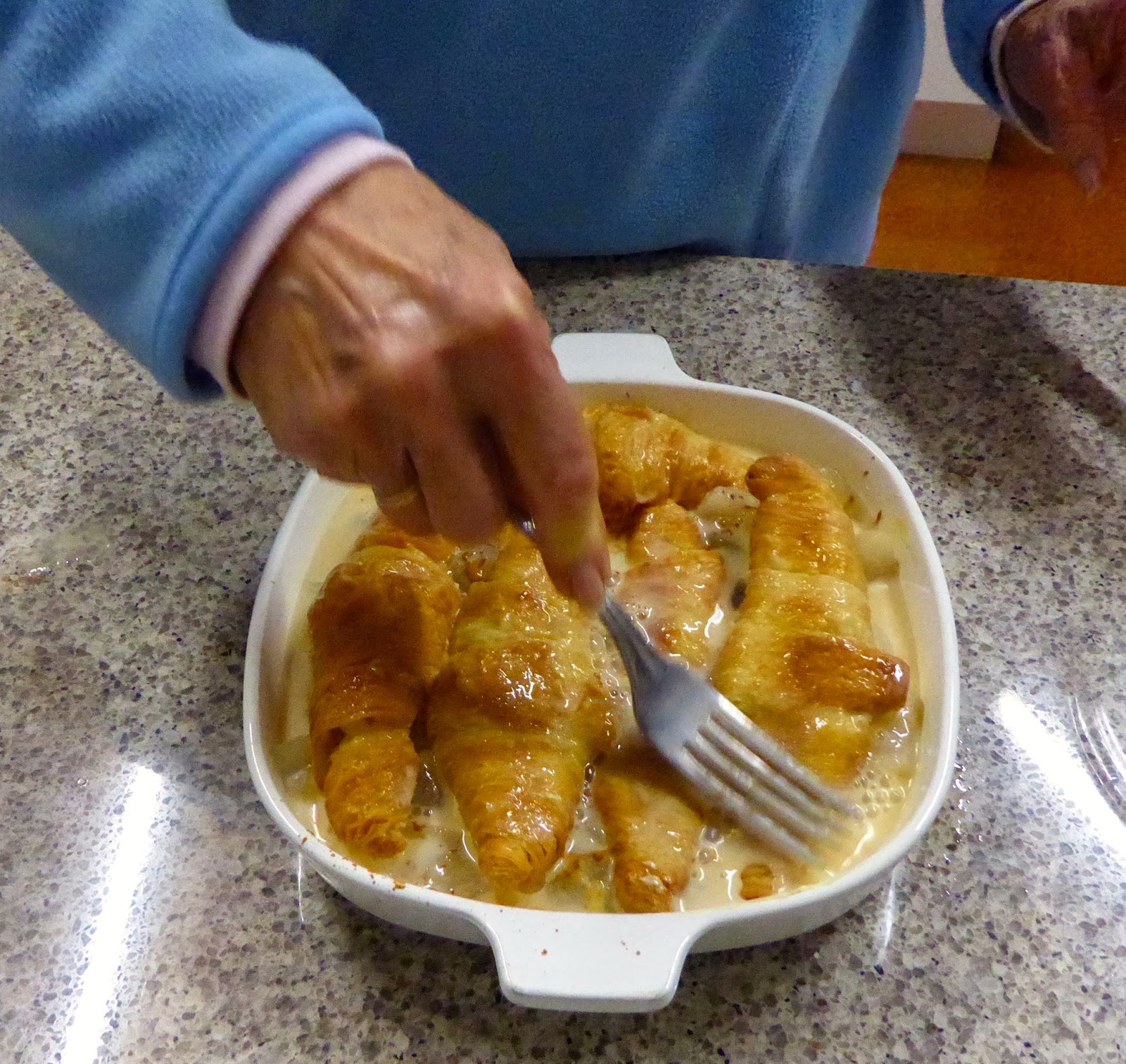 Finally, the dish went into a pre-heated oven at 180ºC and baked for 20 minutes or until it was brown. 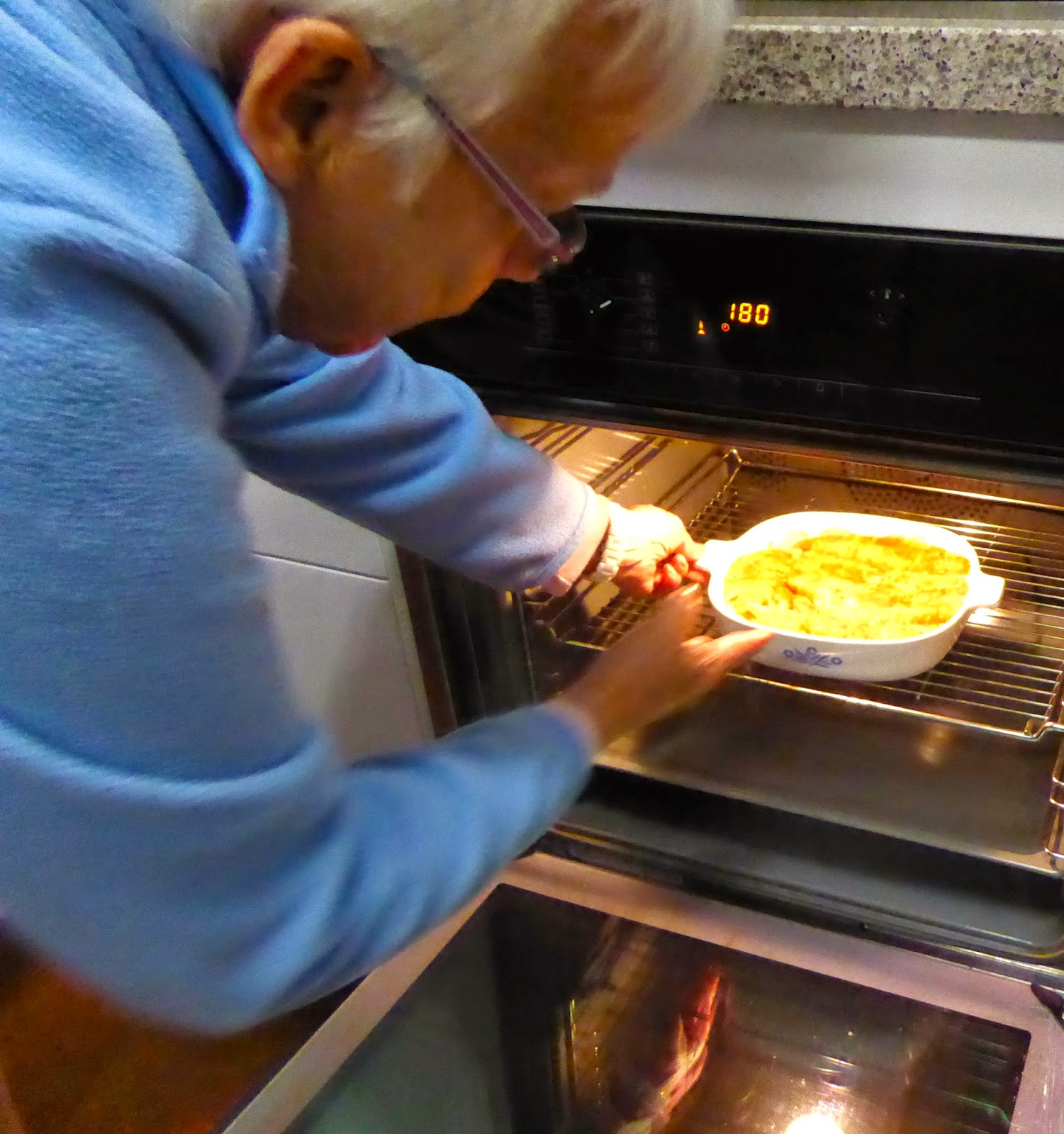 It's a wonderful pudding, sweet but not too much sugar. 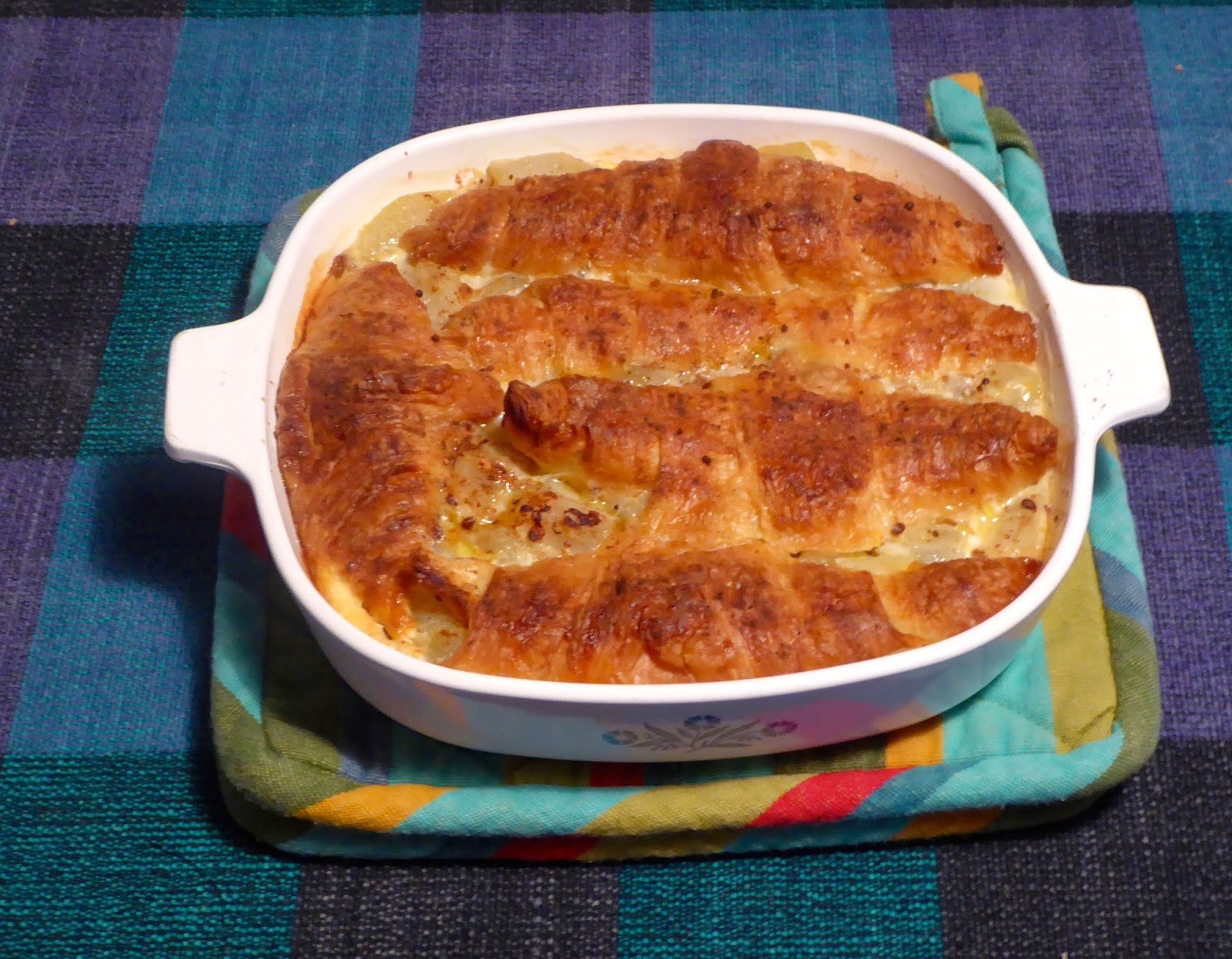 We had it for dessert on a rather cold winter's night. Well, cold for Queensland conditions.