On the eastern side of the lake of Thun, near the famous tourist town of Interlaken in Switzerland, nestled into the massive Niederhorn Mountain is a cave system of which the first kilometer is open to the public during the summer months, on guided tours.
Legend has it that in the middle-ages an English or Irish Monk was sent to the region to teach the pagan inhabitants about Christianity. The monk was known by the roman name of St Beatus. He heard that there was an evil dragon living in the cave. St Beatus was not afraid to confront the dragon. He showed the dragon his holy cross. Enraged by the sight, the dragon ran down the mountain into the lake and was never seen again.
Today there are about 15km of the cave system surveyed, with the first kilometer well lit and open on guided tours during the summer months. 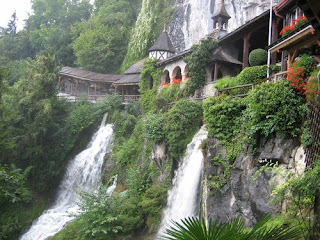 The cave entrance is high above the lake 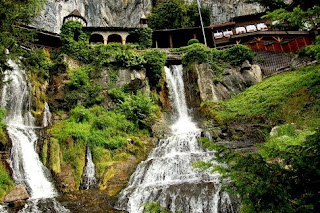 The water that runs through the cave exits in a waterfall 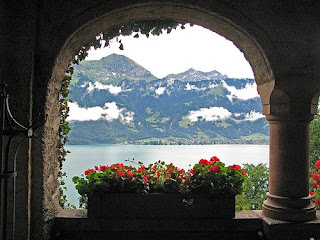 The view over the lake is magnificent 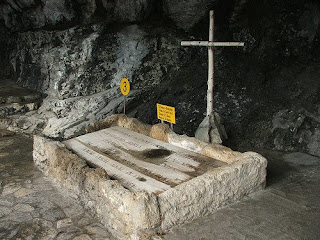 The presumed grave of St Beatus 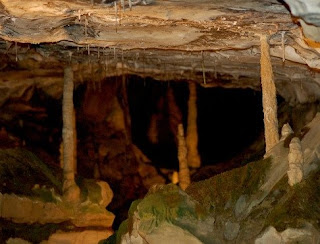 The stalactites and stalagmites are fabulous 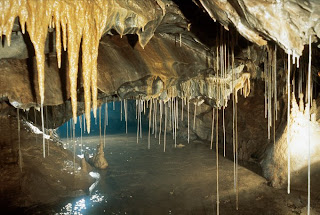 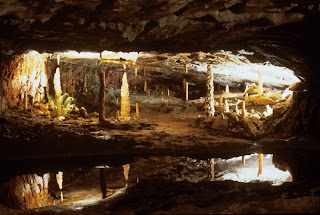 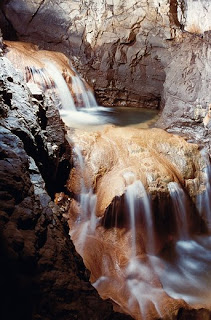 In the early 1960s I was a member of the Swiss Speleological Society and took part in a couple of expeditions during the winter months into the caves beyond the public access area. In summer, there is too much water running through the cave which makes access through some of the narrow openings impassable. 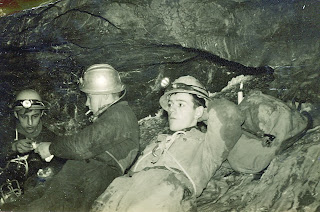 Me (foreground) during an exploration trip in the 60s 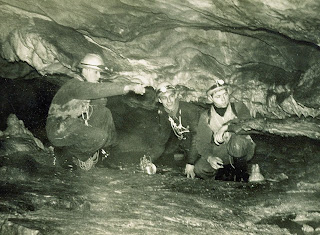