Regular readers of my blog know that Chateauneuf du Pape is one of my favourite wines. Christmas Eve and our daughter Carol-Ann and son-in-law David joined us for our Christmas celebrations including dinner with, you guessed it, a bottle of CNdP. 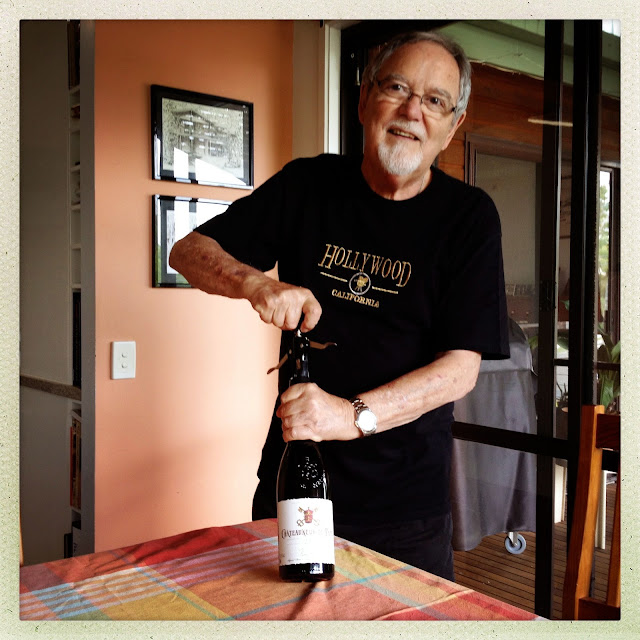 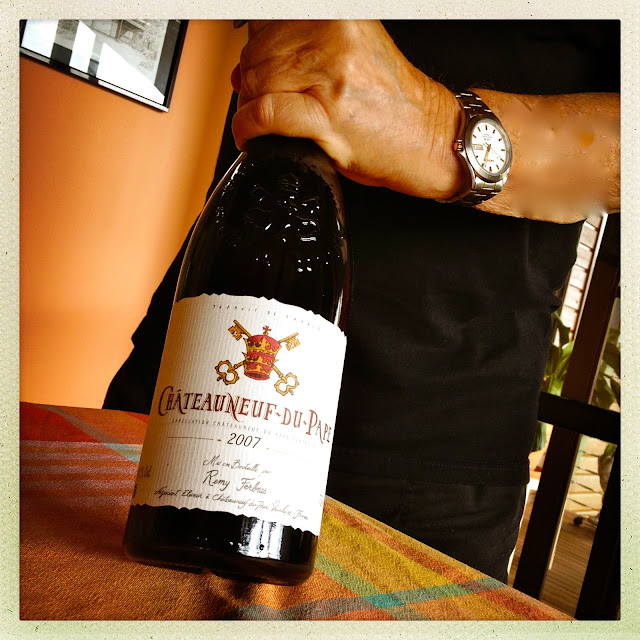 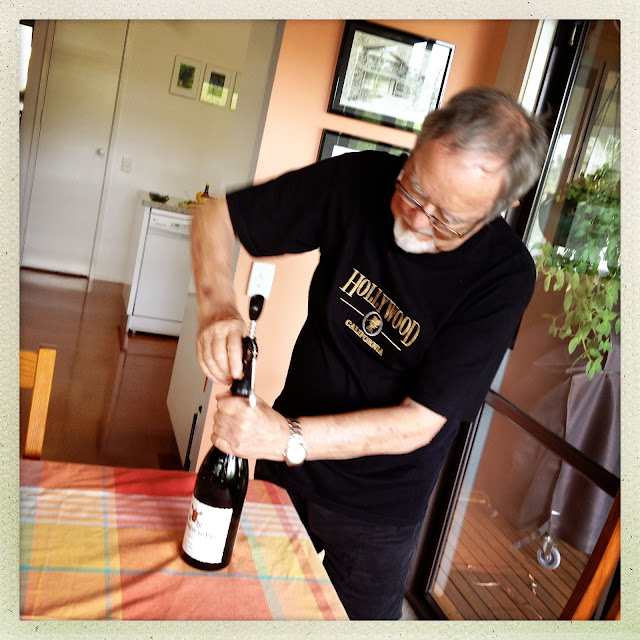 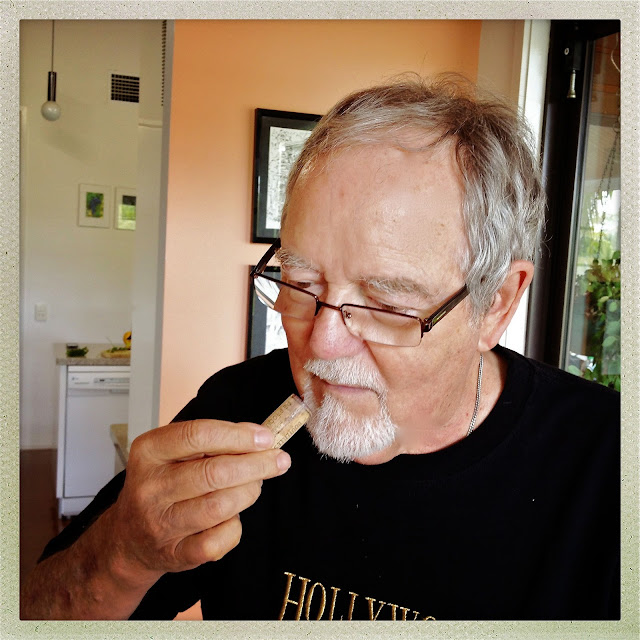 Today is the day when a horse race stops this nation, The MELBOURNE CUP. On the strike of 3pm in Melbourne a bunch of horses at Flemington start racing anti-clockwise around and everyone watches it in Australia. Australia comes to a stop. Except school teachers, Diane tells me, have to watch a replay after school.

Or friend Colin has been excited for weeks studying the form and picking a winner. Once again, Diane and I had a quiet lunch for two on the balcony before the race.

For our overseas readers, here are some pics of the event, taken off the telly:

We spent a most of the day yesterday at the Western Plains Zoo in Dubbo. I've visited many zoos around the world and I am extremely impressed with this one. There are no visible fences between the animals and visitors and you can drive, cycle or walk through the entire zoo.

Here are some of my pics. I have taken mostly video footage which i will edit later on.

We're mexicans again (south of the border) on a road trip. The reason, is we attended the 50th anniversary reunion of Diane's Teachers College, this time in the nation'a capital, Canberra.
We left Brisbane and drove down the Pacific Highway stopping every 2 hours to alternate driving.

Here are some snaps from the trip so far.

Then we continued until we finally decided we had enough driving for one day, so we pulled into Port Macquarie and booked a room in a nice resort.

Next morning we continued towards Sydney guided by our trusty Kate (GPS) who pointed us in the right direction.

We had a bit of bother across the harbour tunnel in Sydney where a car had broken down, so Kate made us drive down to Randwick before we could turn left towards Vaucluse where our daughter Carol and S-I-L David live. After a nice evening with them and a good night's sleep, Diane and I got up early to take a walk along the cliffs overlooking the Pacific Ocean before breakfast.

While we were in Sydney, Carol and David took us to Shark Bay for a wonderful lunch.

They also took us to see Vaucluse House where we all admired the gardens. Unfortunately the house was closed to the public on that day.
Then it was time to move on again to the nations's capital, Canberra. The road from Sydney is very good, 4-lane highway all the way with 110km/hr speed limit, so it didn't take us long to get there.

We were very busy for 3 days with the reunion but had a chance to visit the biggest celebration of spring festival, the Floriade which was in full swing in Canberra.
One of the main reasons, we drove down to Canberra instead of flying was Diane wanted to drive up into the Snowy Mountains for a hike. I wanted to see the famous Snowy Mountain Scheme. So we had planned that after the reunion we would drive up to Cooma and Jindabine for a few days.

Well on Thursday, the weather report mentioned rain or snow falls and very cold weather up there so upon investigating, we found going west would be the best (warmest) option, so we drove to Young in NSW where we are now staying overnight. The Snowy Mountains are still on our 'Bucket List.' But next time we'll go in summer. Colin, our good friend is here in Young, visiting his 90 year old mother who lives in a retirement village. So we called in and picked them both up after lunch and they showed us around this beautiful country town.
More later, we're leaving for Dubbo in the morning.
Posted by wilbo43 at 21:27 2 comments:

Our friend Ann emailed us this story this morning. Thank you Ann,

On Thursday, Channel 7 starts screening the latest series of Beauty and The Geek Australia. New Idea magazine journalist interviewed Bernie and Sonya while they were in Sydney recently. 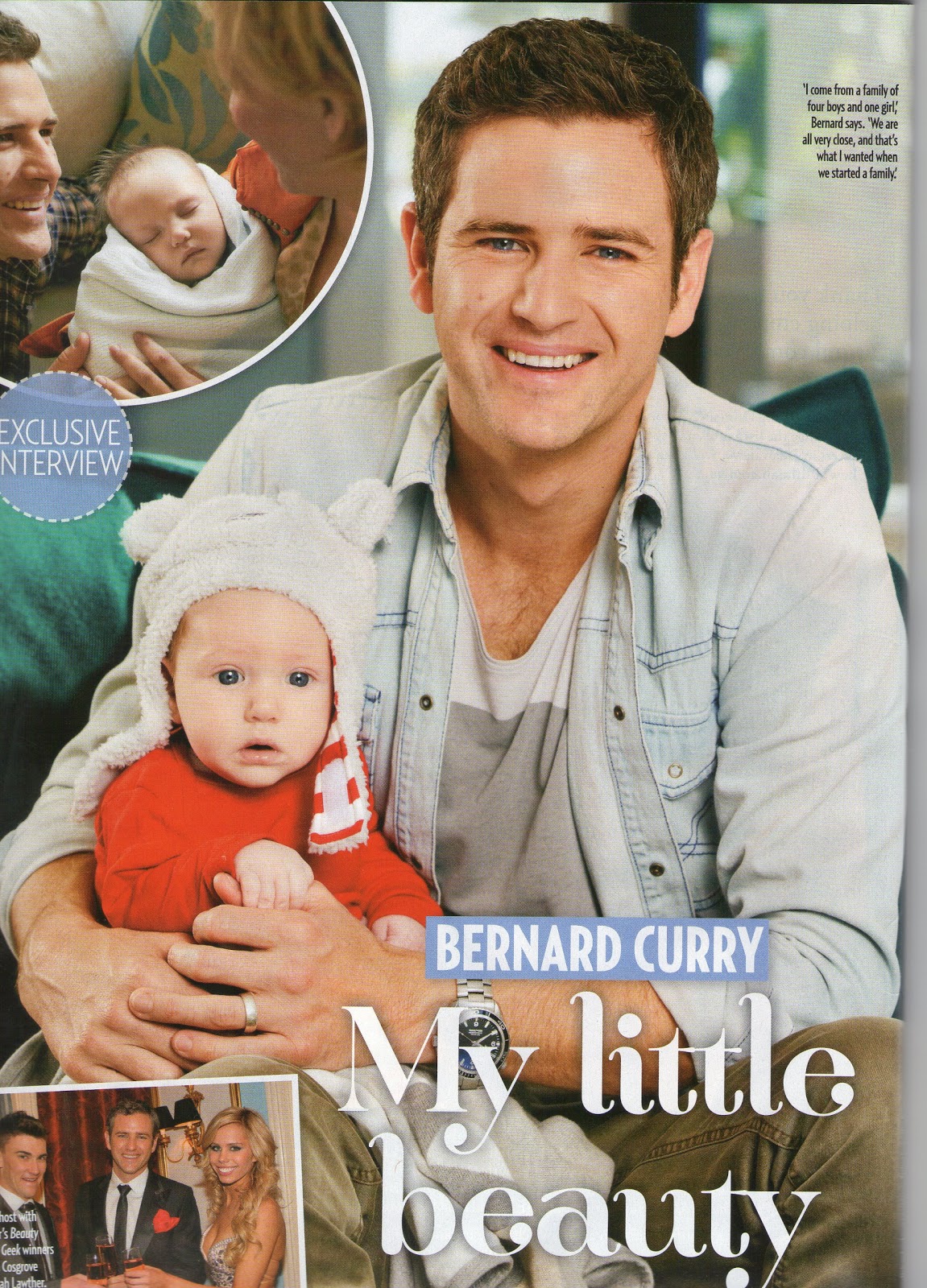 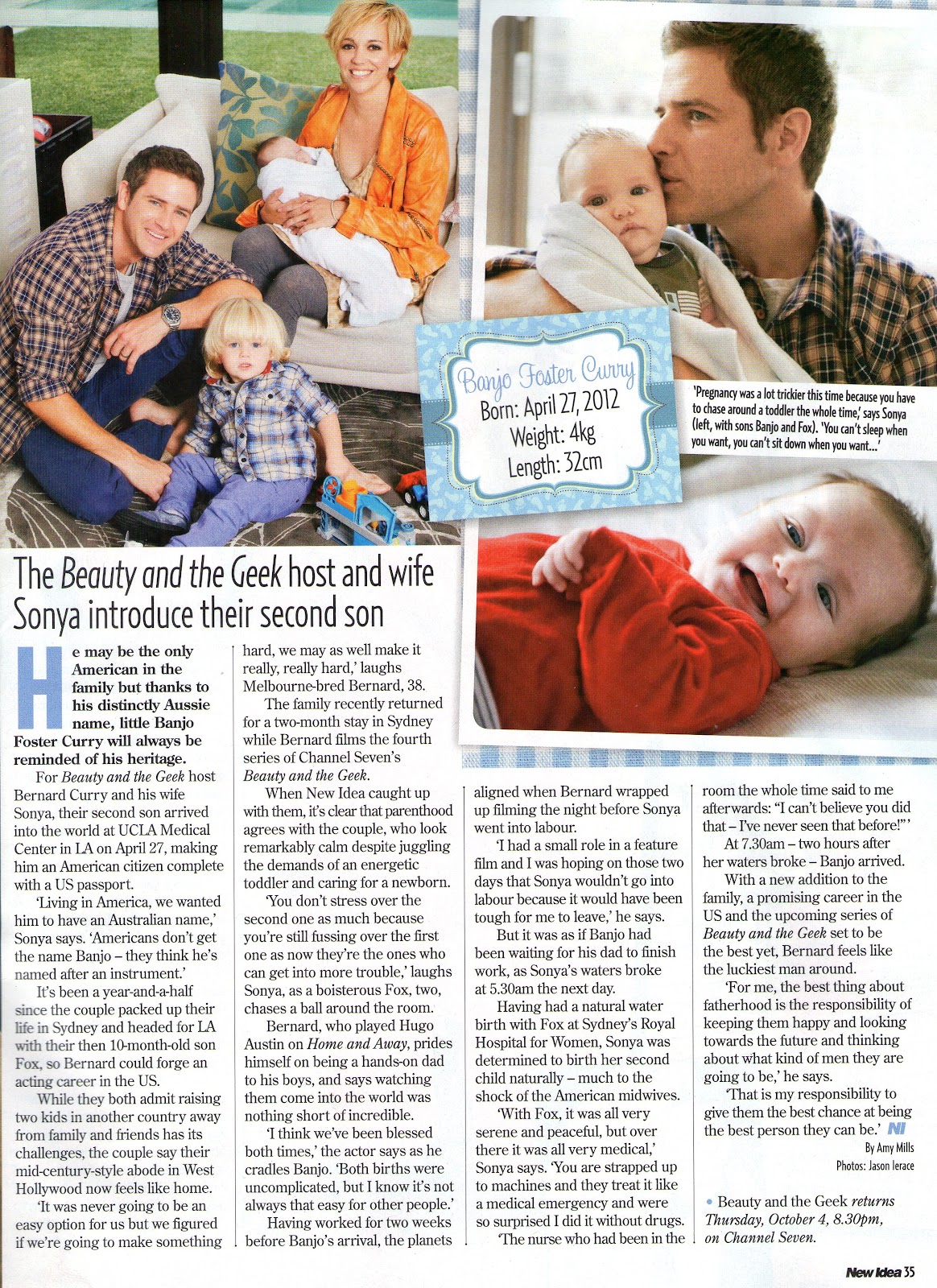 Our daughter Carol-Ann had to fly up from Sydney to Brisbane for work for a couple of days. We picked her up on Friday night and she spent a night with us. Tonight we took her back to the airport for her flight back to Sydney. This gave me a chance to try out http://www.flightradar24.com/

It's a web site where you can view any airplane up there in the sky flying anywhere in the world.


Flightradar 24 is a lot of fun chasing planes all around the globe. Check out the traffic over the USA: 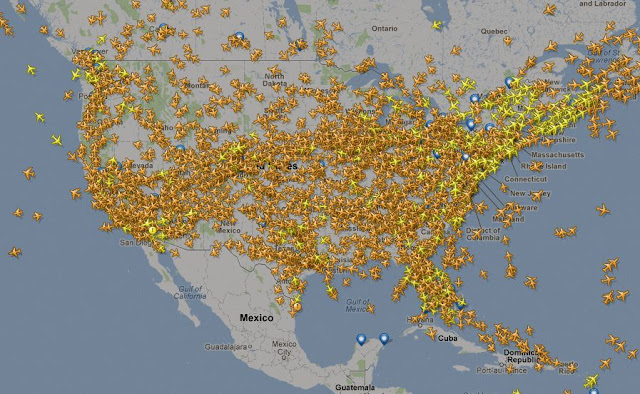 At other times you can't see the map from all the planes in the air, especiall over London between 6 and 8am in the morning in the UK.

We went to the Beenleigh show ground on Sunday, where there were lots of old cars on show, some of which I was driving at one stage or another, including a 1956 Ford Fairlane Galaxy, similar to one I owned in my 20s. All images are in HDR. 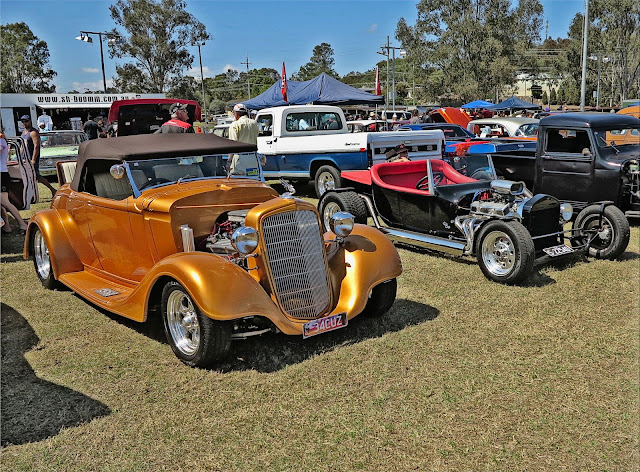 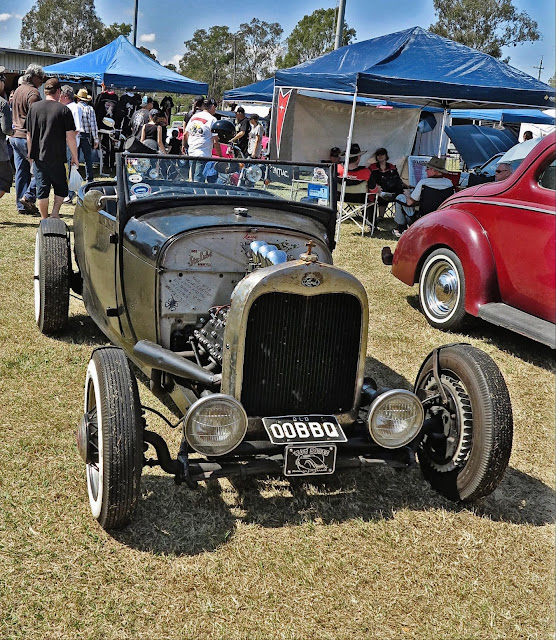 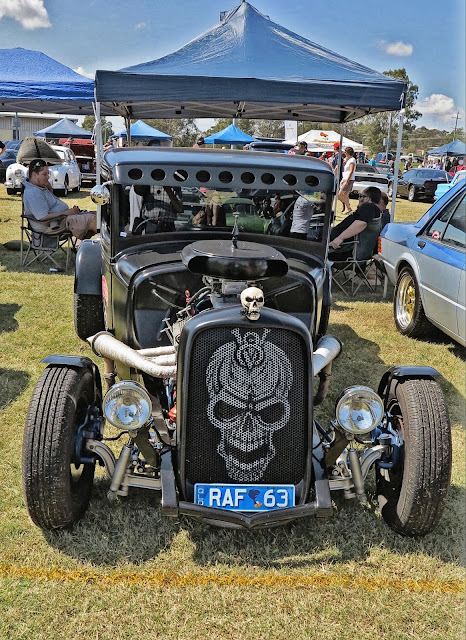 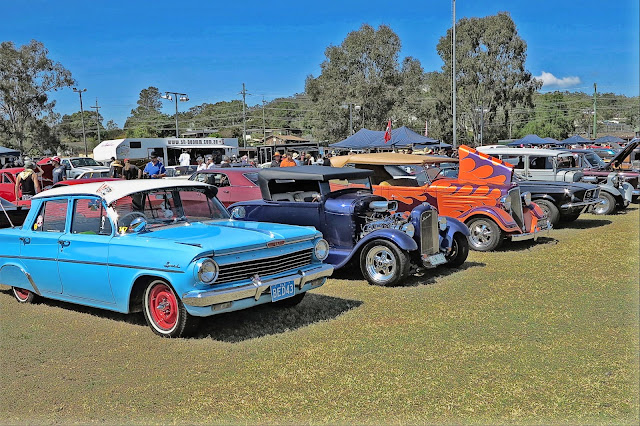 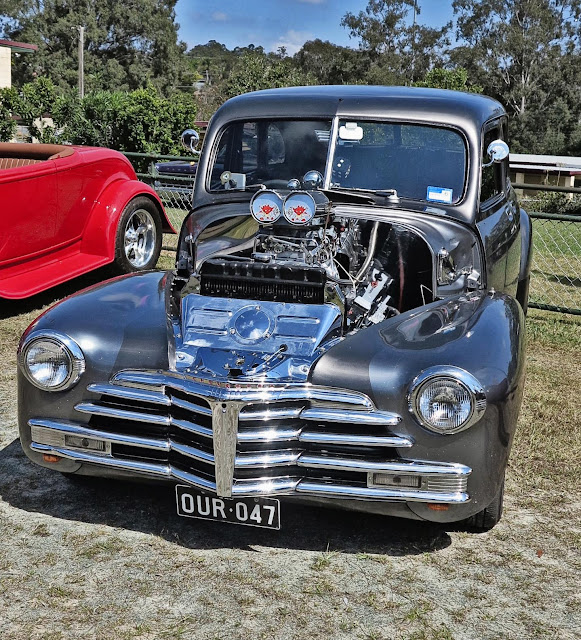 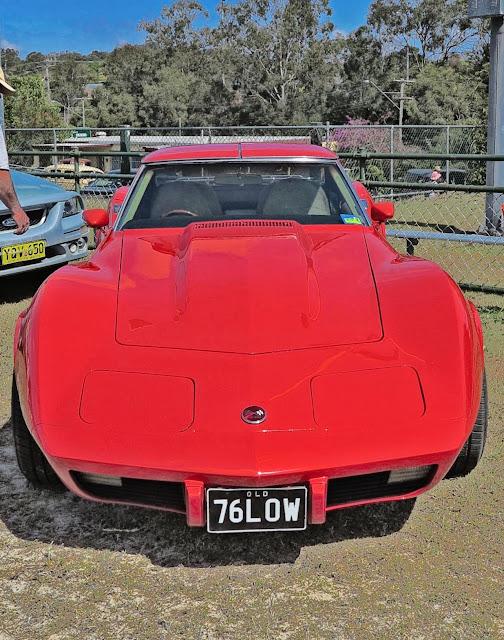 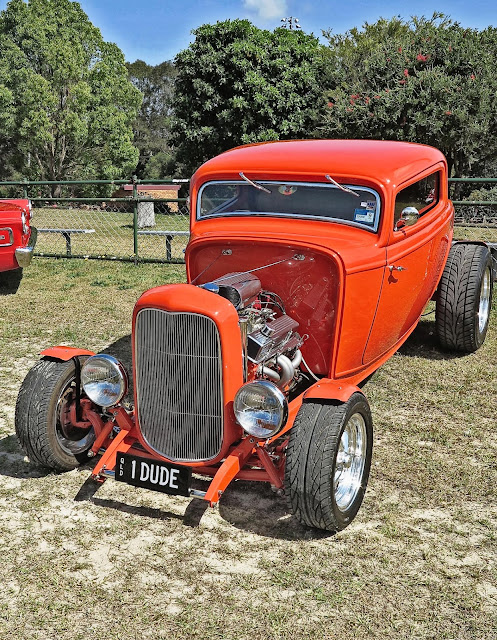 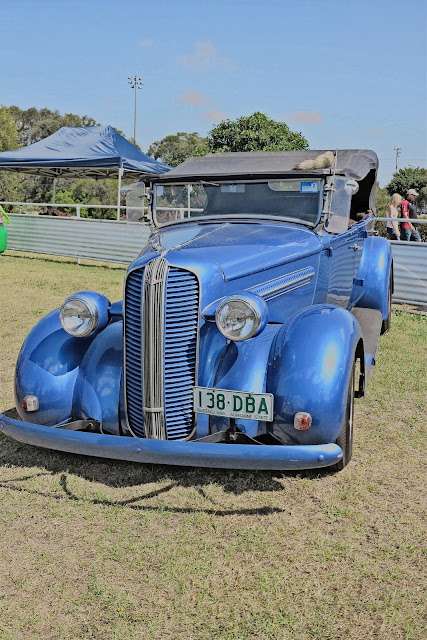 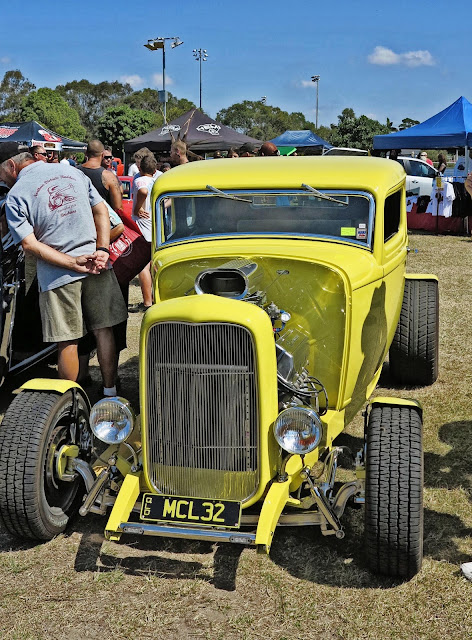 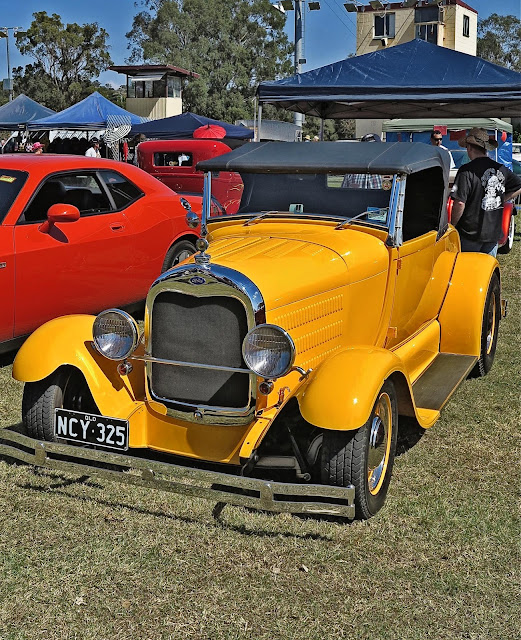 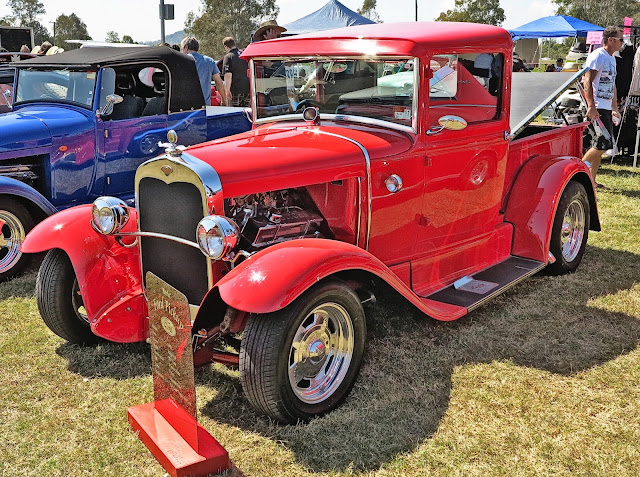 There's a story to this car. I used to live in a small town in Switzerland with narrow streets. When I bought that car and angle-parked it in our main street in front of our building, it stuck out by about a metre. The local police called and asked me to parallel park it somewhere else as it was causing an obstruction in the main street. They couldn't force me but being a law-abiding person, I obliged. I parked it across the river and had to walk to and from.