The battle of the Black Swans

If you remember some time ago I wrote about the struggle the people around the lake of Thun in Switzerland had to save their beloved Paddle Steamer, a struggle that lasted for 17 years and was won by the people over the owners of the ship that wanted it destroyed. Today the proud ship is back in service.
Well here we go again. In the late 1980s a couple of black swans appeared on the lake of Thun. They are native to Australia and are quite different from the white Swiss swans plentiful on the lake. The people took to these swans with gusto and took them into their hearts. Over the years, they have multiplied and had to be culled. No one complained, the culling was understandable and accepted.
Recently however, some boffins in the administration decided the black swans had to go as they are not native to the area. Well, now, here we go again. Numerous letters of outrage to the editors in newspapers  have appeared. A lot of letter call it racism!
"Black people are accepted in Switzerland, why not black swans" some wrote...
They are beautiful Australians, aren't they? 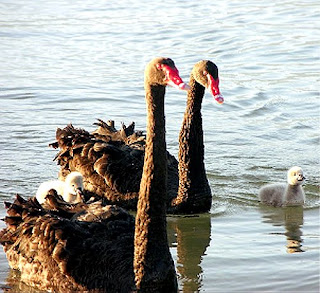 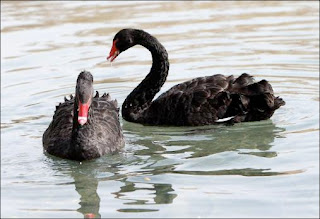 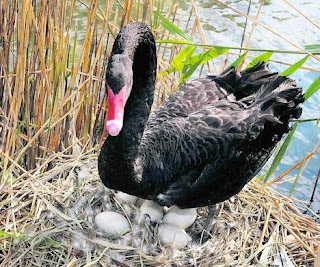 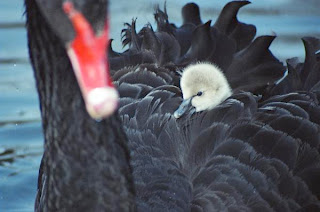 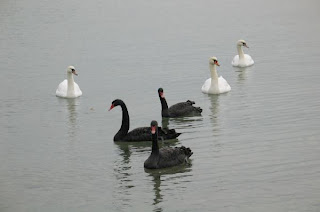 The question is: Will the black swans be allowed to stay? I'll keep you posted!
Posted by wilbo43 at 15:16 10 comments: