It's good to be retired sometimes, you don't have to deal with dilemmas such as this.

In the Courier Mail today was an article about a young lady who was called into the office of her boss, and was told she would be promoted, including in her promotion would also be a pay rise. However this offer was withdrawn when it came to finalising her promotion. Here then is the dilemma. If you'd received that offer, how would you react? Would you take the promotion, just so it would look good on your CV? Or would you strongly demand the promised pay increase, thus taking a chance of being seen as pushy, greedy, opstropolous? Perhaps even loose the offer of promotion? Of course refusing an offer of promotion, for whatever reason, could be seen as not being ambitious. It really is a dilemma.

The article goes on to say that the young lady in question, at the time agreed to the offer but now a few years older, stated that at her age now, she would decline the offer.

What would you have done? 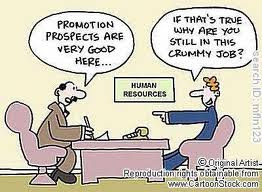