My daughter Carol and son-in-law David live in Sydney. The last couple of days they had strange weather.

Carol sent me these pictures starting on Saturday when they went for a walk along the cliffs near their apartment.

She said, they went for a walk along the cliffs at Vaucluse to Watsons Bay on Sydney harbour.

Shortly after they returned home, the sky started to go strange. 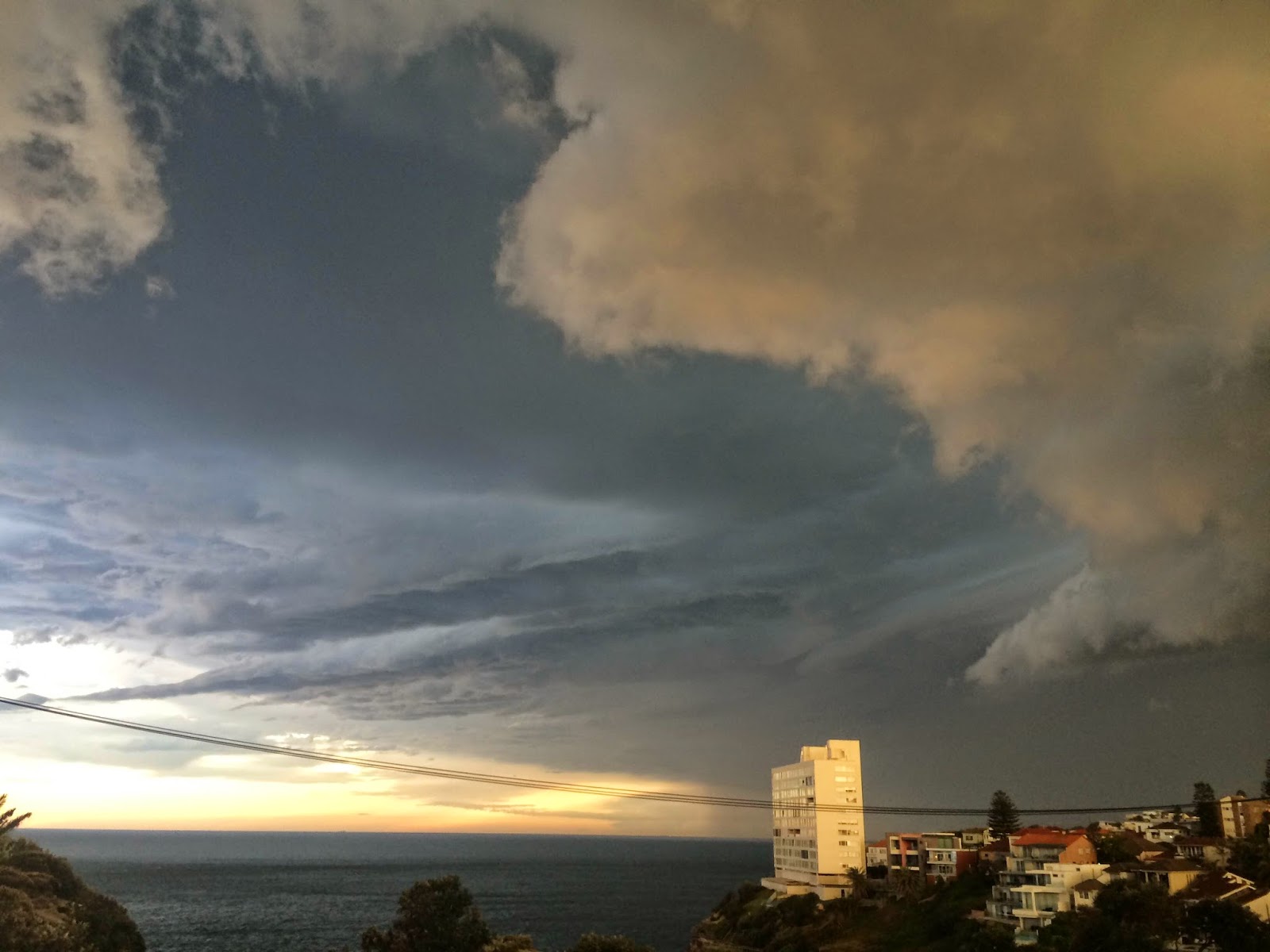 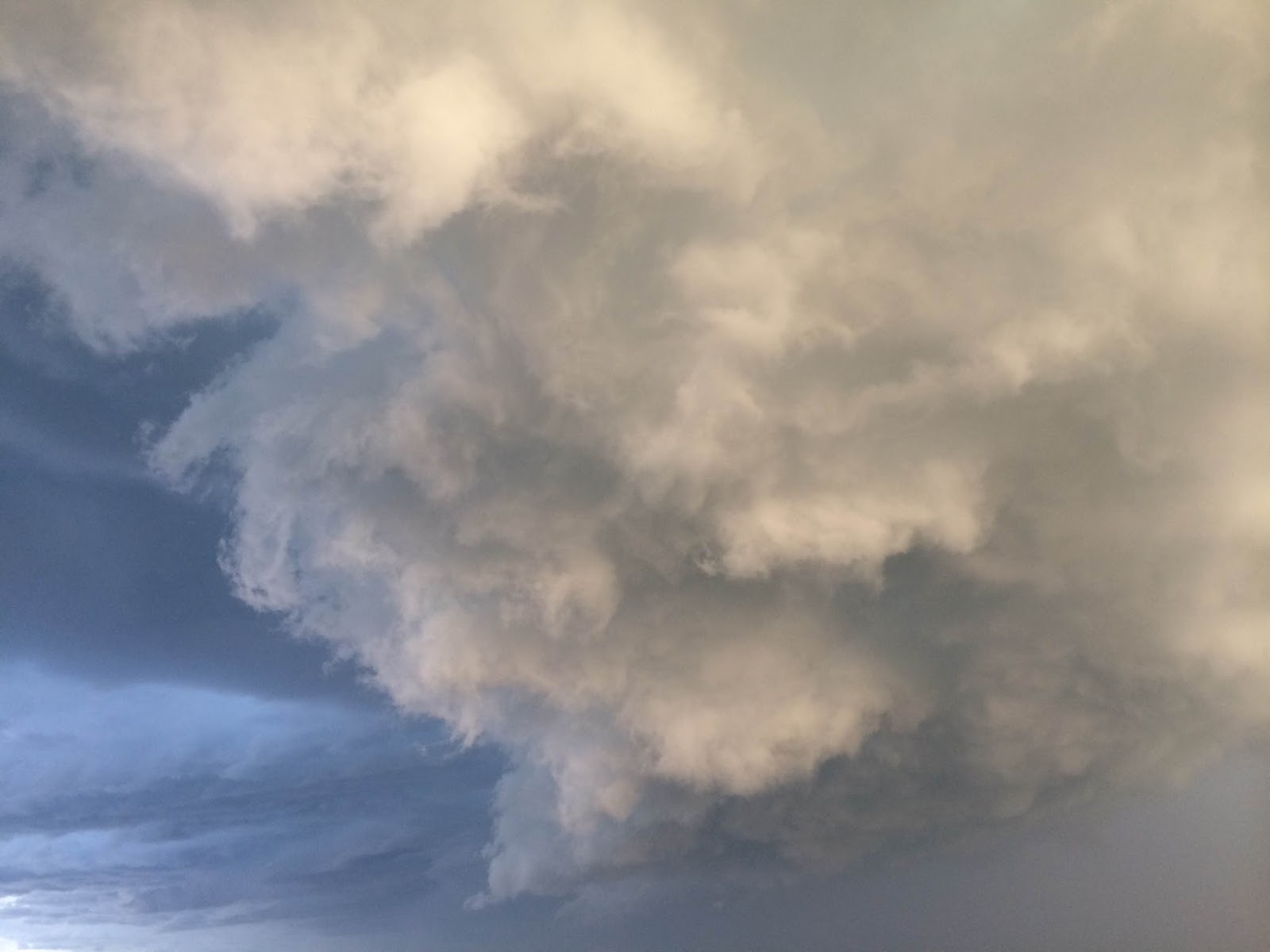 It was getting darker and darker 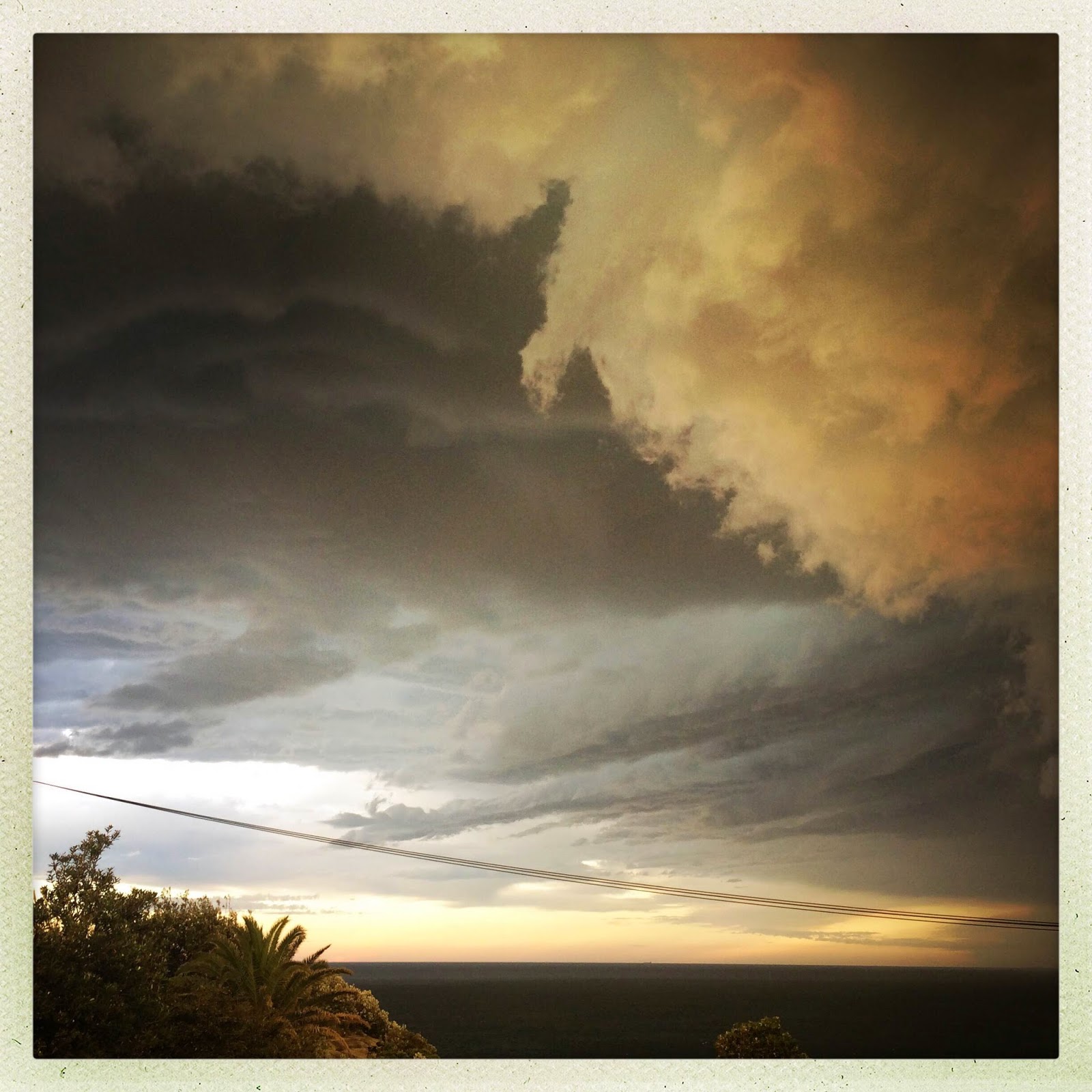 The following shots are taken from Carol and David's balcony. 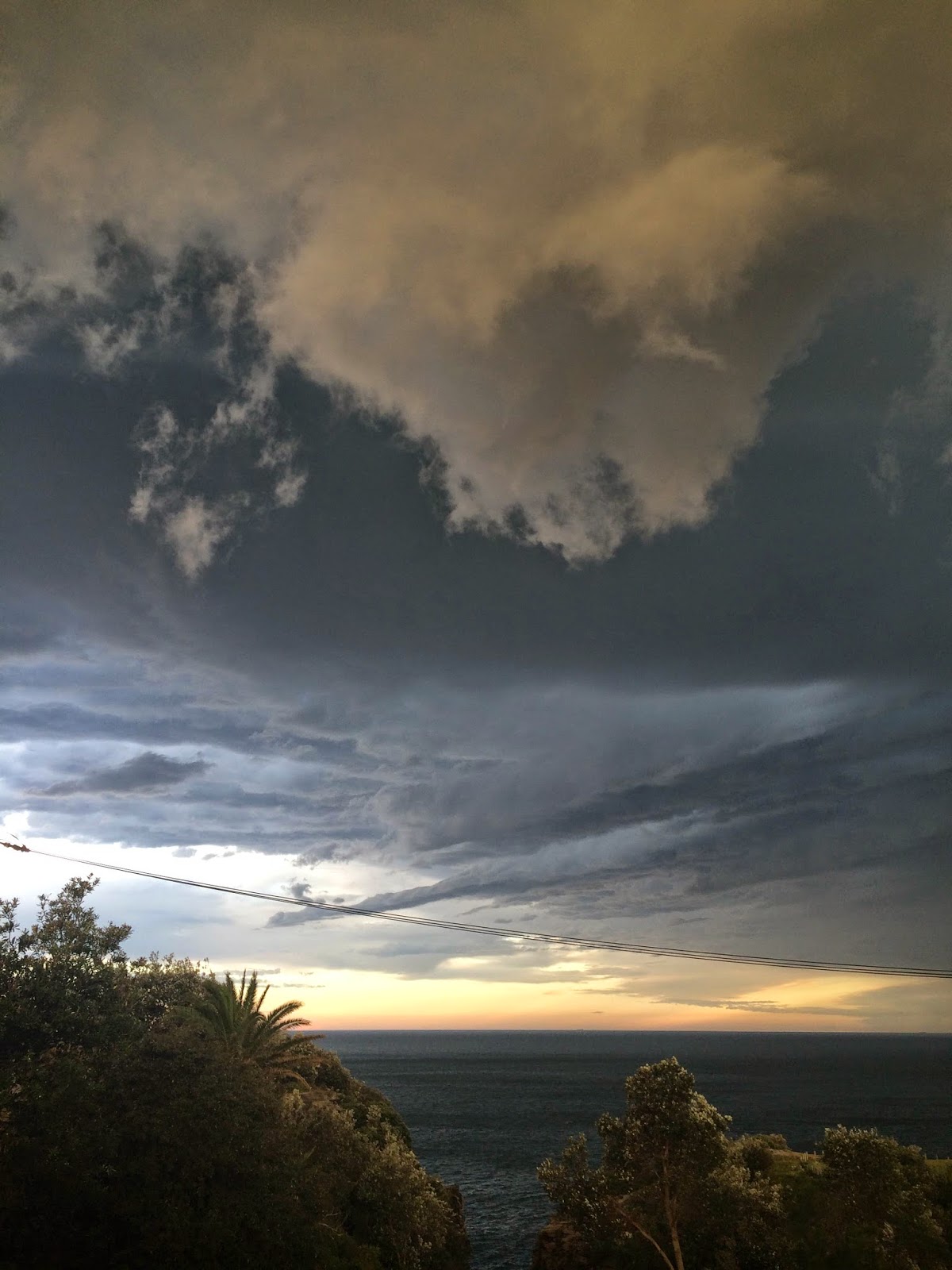 Then the heavens opened up 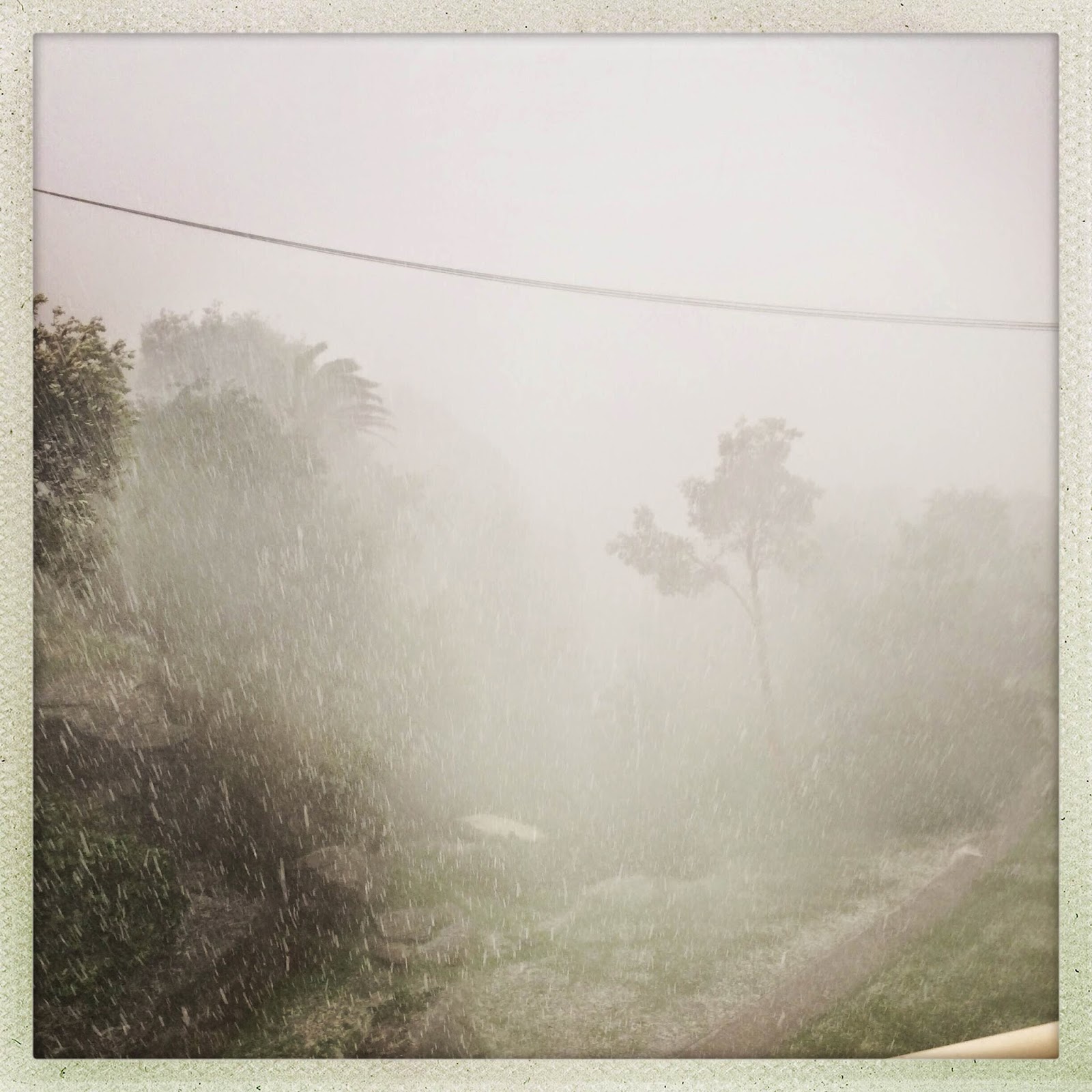 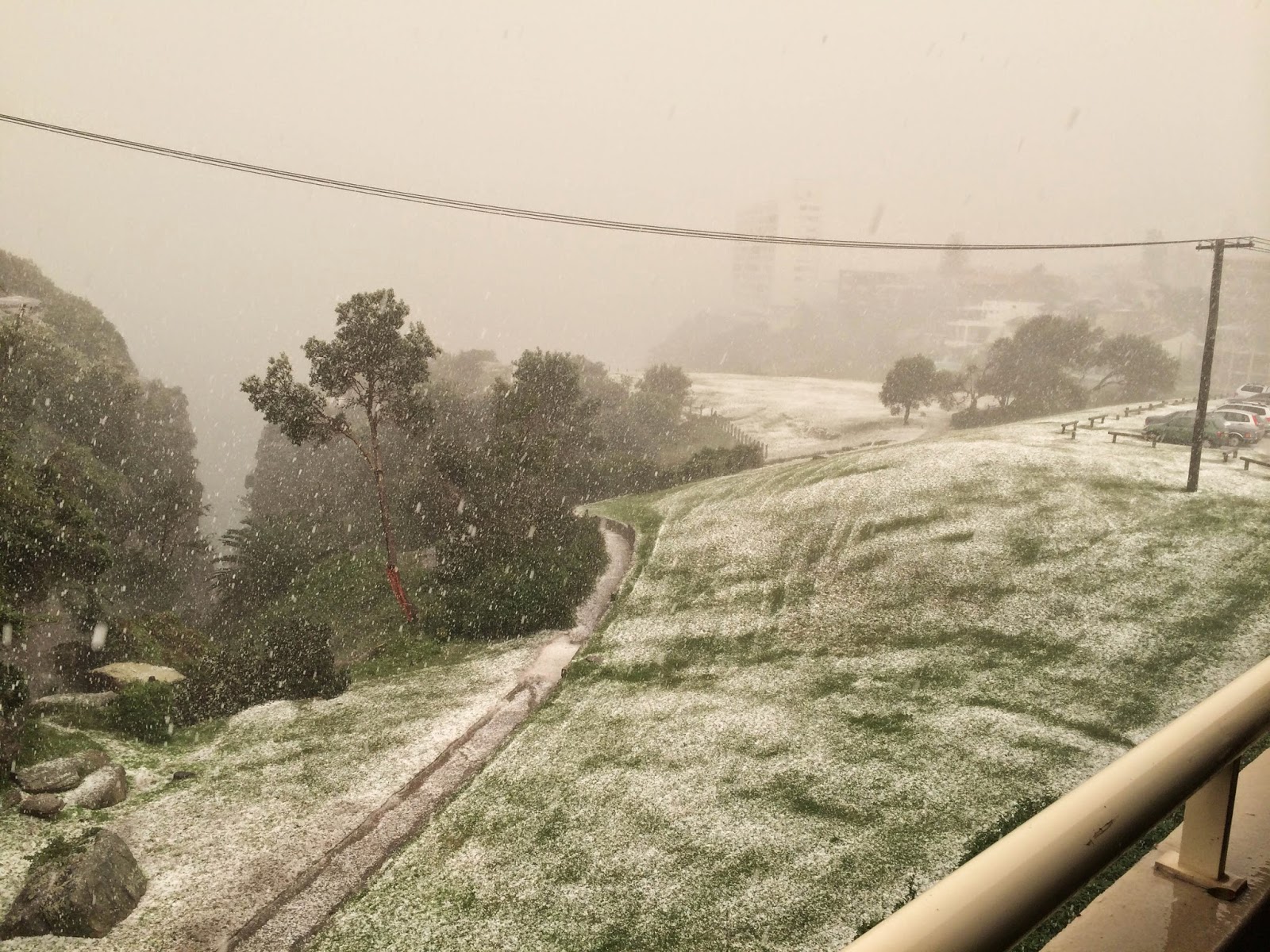 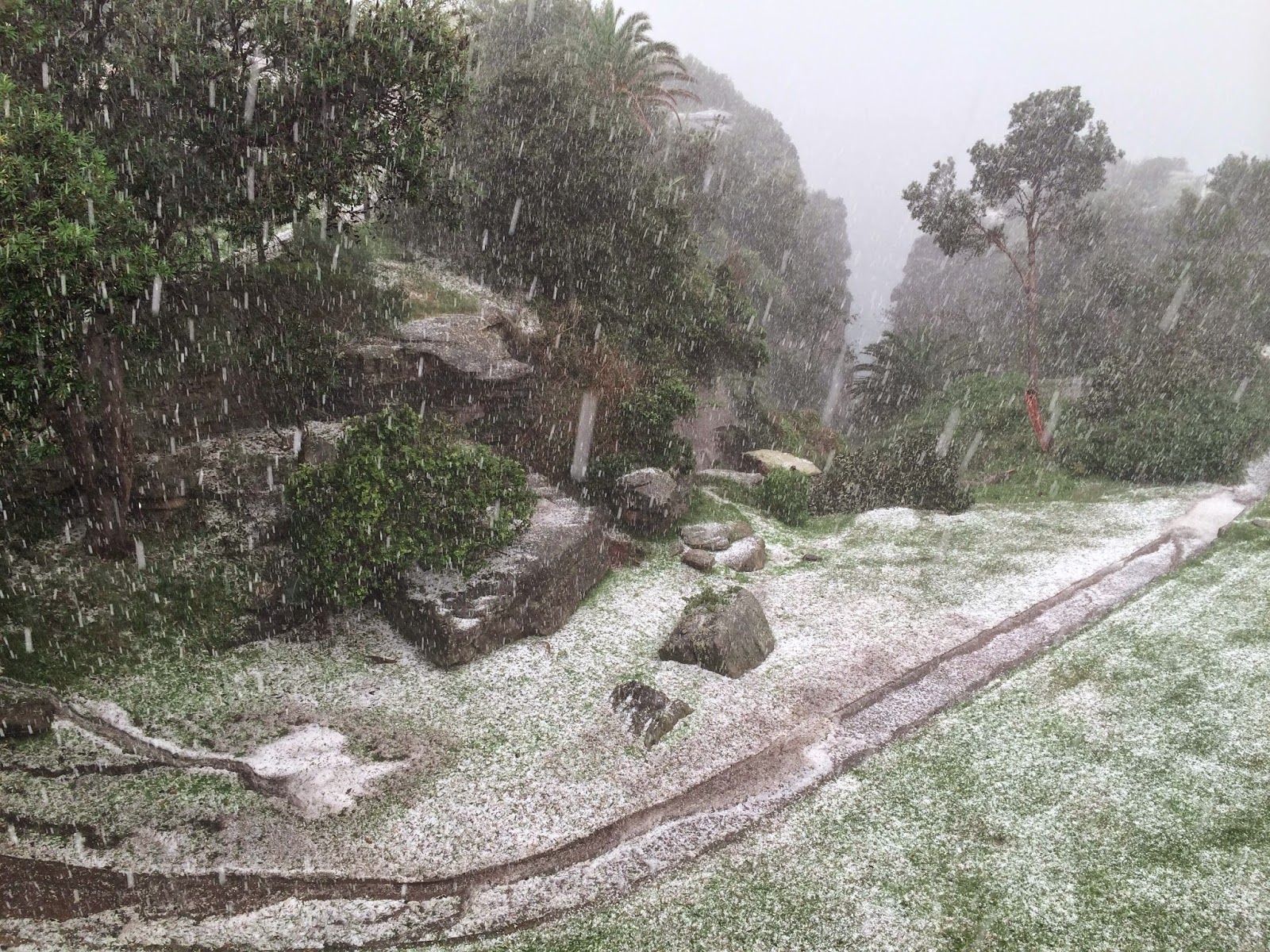 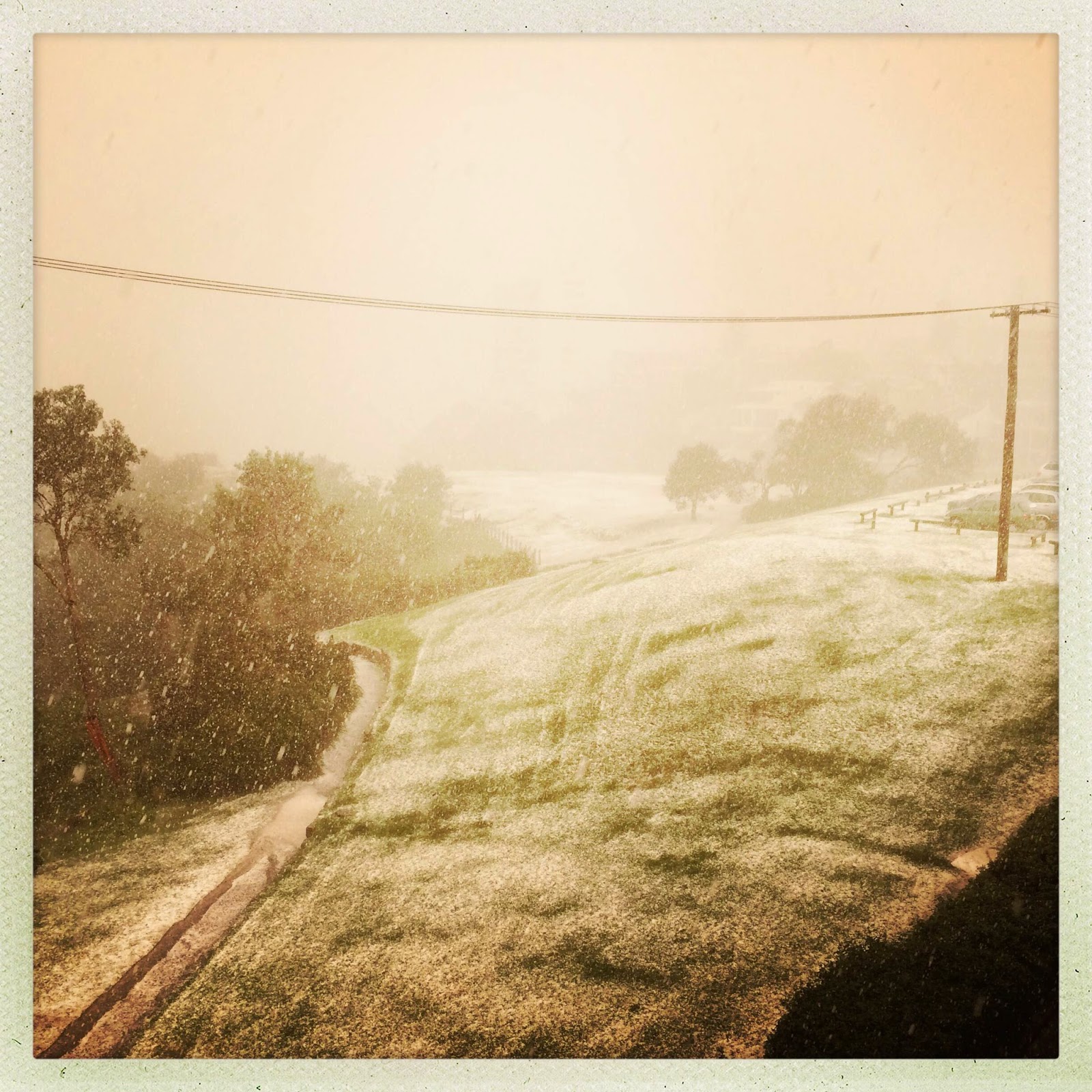 It must have been amazing looking over a wintery landscape in a city where snow never falls.