We went to Morgans yesterday for a seafood smorgasbord on the Redcliffe Peninsula with the Birthday Bear Group. We stayed overnight in an apartment with George and Ann rather than drive home late at night. So, after breakfast we stopped at the recently opened Bee Gees Way which was built by the Moreton Bay Regional Council in honour of the famous brothers who started their musical career at Redcliffe in the late 1950s, when the three young brothers gathered around a microphone and for the first time performed using a name now famous around the world. The Bee Gees sold more that 220 million records worldwide, making them one of the world's best-selling music artists. 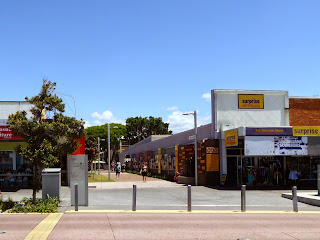 The Bee Gees Way is located off Redcliffe Parade, Redcliffe and includes a life-size statue, 60 photographs, 13 album covers, a mural of the band as well as songs and captions provided by Barry Gibb. 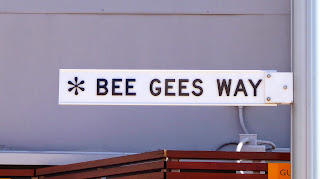 It was in the in the early 1950s when the three brothers and their family moved to Redcliffe.
In 1958 the Gibb brothers played their first gig at the Redcliffe speedway.
Barry Gibb and mother Barbara Gibb went on to sign the band's first music contract with soeedway
promoter Bill Goode and radio announcer Bill Gates - on the family's kitchen table in Redcliffe.
The Bee Gees were formed and went on to receive their first airplay on Brisbane radio 4BH. 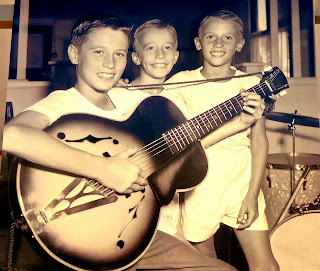 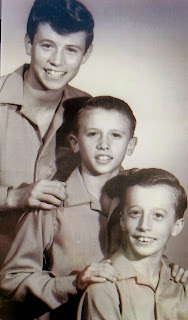 In 1966, the Bee Gees released their first big single, Spicks and Specks. 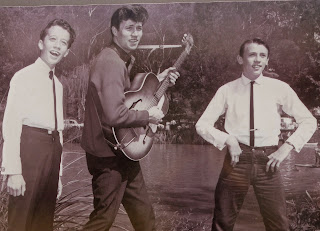 Following a succession of top ten Australian singles, the Bee Gees returned to England to pursue their musical dreams.

Like many other young bands emerging from Britain - including the Beatles, the animals, The Moody Blues, their music was very much influenced by country, R&B and blues recordings that were coming
out of America. 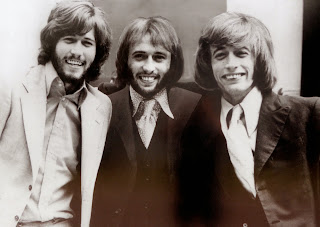 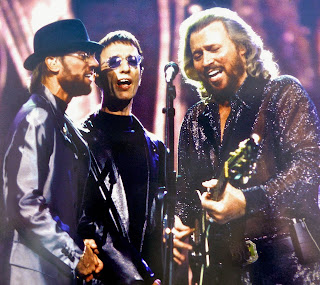 So we strolled along the Bee Gees Way admiring their achievements.

The 1970s are renowned for the creation of some of our history’s most influential pop culture.
In 1975 the Bee Gees decided to move to Miami, Florida to work with super-producer Arif Mardin and take their career to the next level.
The Bee Gees were on top of the world as disco fever started to take hold in the late 70s. This is when the band would achieve mega-success.
So sad to know that Barry Gibb, the oldest of the three talented brothers is now the only one alive. Robin and Maurice having passed away.
Posted by wilbo43 at 15:41 6 comments: