We've arrived in L.A. mid afternoon after a 15 hour flight. We're very impressed with Air New Zealand from Auckland on but not with their Brisbane operation. When booking in, they had shifted us from the seats on our itinerary to another place, even though we had been given our seats weeks ago. On the Brisbane to Auckland leg they had us at the back in economy class, even though we had paid for premium-economy seats. Now that may sound petty. But we accepted it as Sam, our travel agent had told us that it would be unlikely that we would get premium-economy seats on they short leg as they didn't have a premium-economy section on short haul flights. We accepted that and walked down to the gates, when I heard my name being paged to go back to the Air New Zealand counter.

Once back, we were told that they had decided to give us the original seats shown on our itinerary and that they would upgrade us to premium-economy seats between Brisbane and Auckland. Now wasn't that nice? 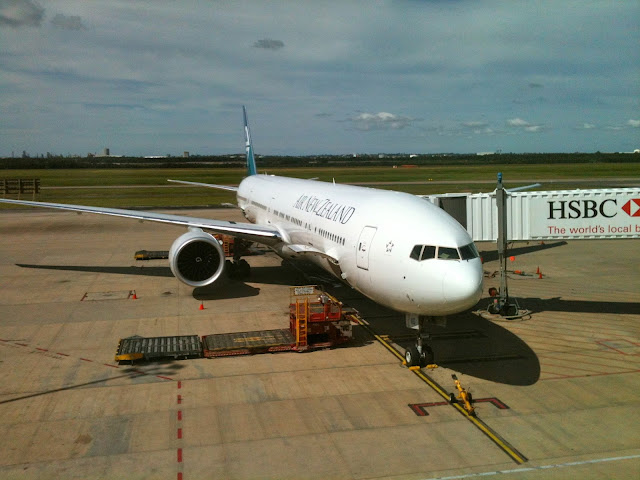 So as we boarded the 777-300 we found that they indeed did have a premium-economy section. If we hadn't complained about our Auckland to L.A. seat, we would have travelled at the back of the plane.

However I must say that the service on board including the food was excellent even better than Qantas and on the other scale of that dreadful Air Canada airline. It was a smooth crossing most of the way and the choice of movies was the best I've experienced so far in an overseas journey.

We arrived at LAX on time, even though we were delayed in Auckland for an hour. Bernie picked us up and drove us to their residence in West Hollywood, where Sonya, our heavily pregnant daughter and a very cute and beautiful grandson Fox greeted us. 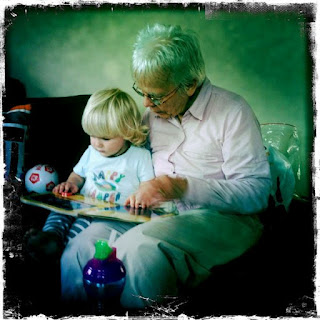 Fox recognised us immediately from our regular Skype contact and we are now having fun playing with him to give Sonya and Bernie a wee rest .