We went to see the Beenleigh Theatre Group's production of a flop last night, Well, Michael Frayn, the playwright wrote the play of a so-called flop. 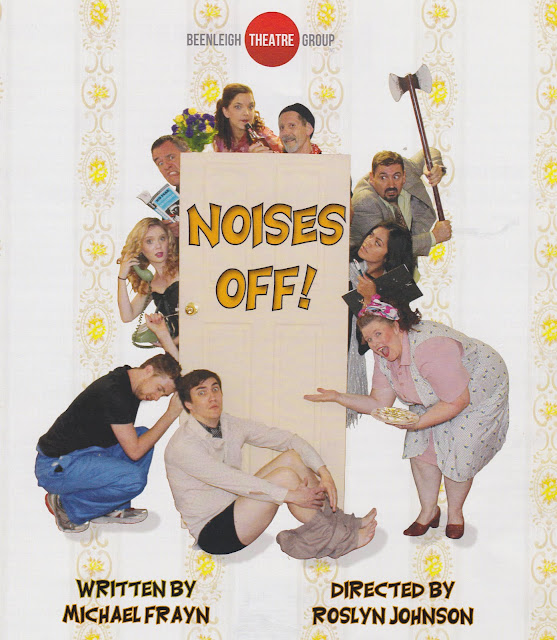 The pinnacle of a play within a play: Noises Off presents a manic cast of itinerant actors rehearsing a flop called Nothing On. Doors slamming, on and off stage intrigue, and errant sardines all figure in the plot of this hilarious and clever comedy farce.

Add to this the ingenious device of watching this play from BOTH sides by a rotating two story set and you have a giant theatrical jigsaw puzzle which is hilarious to piece together and to watch.

Noises Off is very physical and demanding on the actors, with split second timing and physical strength required to run up and down the stairs, fall in and out of the set and wrestling segments in Act II. The BTG managed it to perfection. 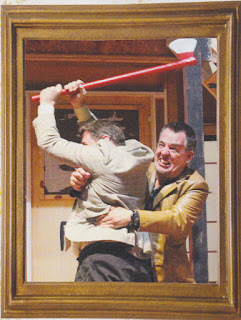 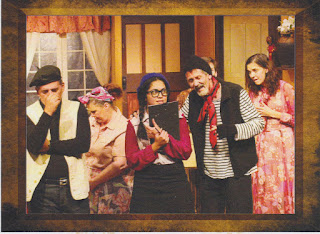 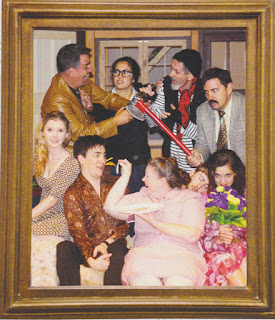 I had seen Noises Off twice before a long long time ago, performed by commercial companies with big name actors. The production last night by the Beenleigh Theatre Group was equally well staged, acted and choreographed and just as funny, for a fraction of the ticket prices we paid before. I was impressed.